The Week's Backstory Around Here

Pardon my distraction around here.

It started Saturday night when I first noticed the hot water didn't work.  Since it was after 11PM, I just said I'll check it out in the morning.

A bit of a back story is that the same thing happened about two weeks ago.  When I went to check it out, I found that the outlet the water heater is plugged into (a ground fault protected outlet) had no AC voltage on it.  The GFI had popped and resetting that got the outlet back functioning which got the water heater back working.  I haven't mentioned yet that the water heater is a tankless, gas-fired heater out on the back porch. The day before had an unusual amount of wind-driven rain, so the outlet resetting isn't terribly surprising.  It's a new outlet, but the previous one had done it two or three times in its life.

While working, I noticed a strange thing.  I had laid the AC cord down on the porch while I was doing things, and when I looked at the plug, the porch was wet around the plug.  Picked the plug up to inspect it and the plug blades left some water on my fingers.  A water film on the blades would certainly blow the GFI.  Running my hands down the power cord showed some water on the outside of its jacket, so I wiped it down with a rag.  I dried up some water inside the heater cabinet, rerouted the AC cord so that it had a loop hanging below the AC outlet, and we went back to life as normal.  Except that I had noticed that the area under that loop never really dried out, so it must still be dripping from inside the heater and running down the power cord.

Now we're back to yesterday.  First thing I found was the outlet was fine.  The GFI breaker had not tripped and there was 120 VAC making it to the inside of the cabinet.  Looking around the cabinet, I found a little ledge, about a quarter inch wide by 1/16 deep, between what I take to be the heat exchanger and a box below it with a fan mounted on the case.  The little rim ledge was filled with water.  This ledge is about a foot above the floor of the cabinet and there was water down there, too.

At this point, I realized I was in a bad place, with no diagrams, no schematics, nothing to guide my attempt to fix this.  My looking into the thing is really as valuable as calling for the Fix It All Fairy to make it work.  Further, we've tried to get someone out to look at this before and it's always difficult.  There's really one shop locally who takes care of these.  We called them.  We were offered a choice between the tech coming out Sunday at double time and a half, or no hot water for 24 hours and the tech comes out today at normal price.  We chose today.

The tech was out before 10AM and by 11 we knew the water heater was dead.  He was rattling off parts to repair it and said he'd call later in the day once he knew what it would cost.  While waiting, we researched what a new one would cost.  The one we'd be getting parts for is 10 years old.  I found I could get a replacement for under $800.  In my mind to fix one that's 10 years old and not replace it, those parts better come out to be well under half the price of the new one - including the service calls.  When the tech called back, he said the parts would run over a thousand.  So we said we'd get a new one.  They're perfectly happy to install it for us and don't seem upset we're not ordering it from them.

Let me recap the suck.  We're going to be close to a k-buck out of pocket either way, but at least it will be a new heater.  The uncomfortable part is that it's going to be Thursday before we can get it installed.  No hot water.  Cold showers for the next few days.  Cold water for washing dishes, clothes, and everything else.  It's like the aftermath of a hurricane except the water out of the tap is colder in November than in September.  I know those of you in Minnesota, Canada, the Dakotas, Montana and so on will laugh at the hardship of showering in 75 degree water while living in air conditioning.  The ambient environment is something one gets used to, though.  In the summer, I generally run the water to pure cold before I get out of the shower.  This time of year I haven't been doing that. 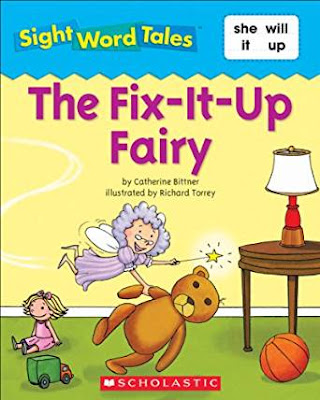