I've been saying for years that reusability changes everything but an article focused on a subsidiary of Ariane Group called MaiaSpace on European Spaceflight brings up the reality that all hard scientists know.  As Robert A Heinlein put it TANSTAAFL - There Ain't No Such Thing As A Free Lunch.

MaiaSpace CEO Yohann Leroy described the challenges of implementing reusability in a small launch vehicle. Specifically, Leroy explained that while the company was looking at a two-thirds drop in performance when the launcher was recovered, the model would not reduce the cost of the launcher by a similar amount.

From the stories about the Falcon 9 we know that re-use is not possible on every mission and if they're pushing for every last pound they can carry to a particular orbit, they have to use the fuel that could have been used to land the booster.  For the first several missions where they were trying to recover the booster, the announcers always said the first priority of the mission was delivering the payload and recovering the booster was a bonus.  The last two Falcon Heavy missions used and discarded their core boosters, which are essentially the same as their Falcon 9 side boosters, while early development missions of the FH tried to recover the cores.

It seems to me the essence of what Leroy is saying is that with a substantially smaller rocket, there's much less fuel margin to play with.  If you want to reuse the rocket, you need to make it bigger and devote that space to the fuel to recover it.  That, in turn, drives the cost up because TANSTAAFL.

Despite the statement in the first quote above that they have 1/3 of the payload of the same vehicle if it's considered disposable, he goes on to say that the model would still be economically viable and even advantageous due to the flexibility that a launch vehicle which be used either as reused or expendable. Gee... just like the vehicle their rocket resembles. 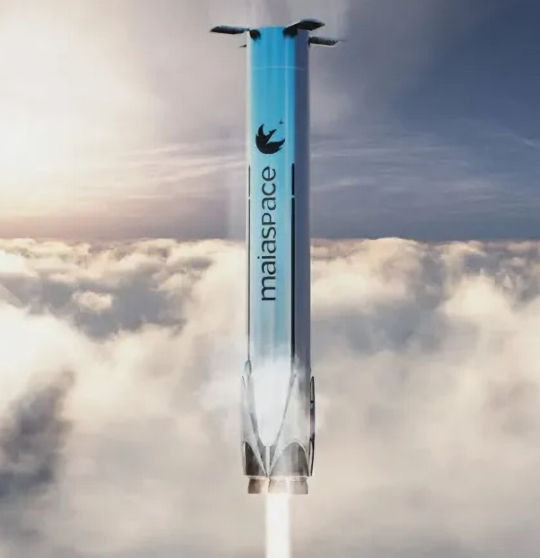 “By developing a reusable launcher we have two launchers for the price of one or in other words we have a launcher with two optimized operating points. The operating point of the launcher when we recover the first stage and the operating point of the launcher when we consume the first stage and that changes everything. With this double launcher, we can attack a segment of the market that is wider than if we had a single consumable launcher optimized for a single operating point. That changes everything because all other things being equal no one will be able to address a wider market, have a higher rate, and therefore lower costs more quickly because we will cover the experience curve more quickly and ultimately have a business plan much more attractive for investors.”

While MaiaSpace is a subsidiary of the ArianeGroup and says, “our objective is the objective of our parent company,” they apparently are in the process of preparing to issue or are already issuing stock for sale.  Much more detail on the business side at the European Spaceflight article.