Today was the busy day of the Orlando Hamcation, a yearly gathering of radio hams held (of course) in Orlando.  With one or two exceptions for illness on one of our parts, Mrs. Graybeard and I have been going to these hamfests for over 30 years.  It's one of the largest amateur radio shows in the southeast, drawing a large crowd from around the southeast US and Latin America.

The weather today was the worst we've had in easy memory.  It was cool and drizzly all day, sort of a Seattle rain rather than a Florida downpour.  I don't think the temperature varied 10 degrees all day, with the lowest I saw being 58 and 65 the highest for the day.  I wore a long sleeve tee shirt and felt cool a few times, while Mrs. Graybeard wore a nice rain jacket and was toasty comfortable.

Since I'm sure most of my readers aren't hams, what's to do and see at a hamfest?  While they vary, with some being more dedicated to conferences and technical talks, most of them involve some amount of swapfest for people in the hobby and new equipment sales.  Most also offer amateur radio exams, and other services hams in the area might want.  The Orlando fest has one room with new equipment vendors in it, where the major manufacturers show off their lines of radios, and hand out the occasional swag.  Still more manufacturers display their antennas, radios, software, books and accessories.  Other buildings house swap tables where clubs and individuals bring their own stuff to sell.  Most years there's a healthy outdoor tailgate selling area with a hundred sellers or more; the rain kept us from going outside, and I heard most of them had left. 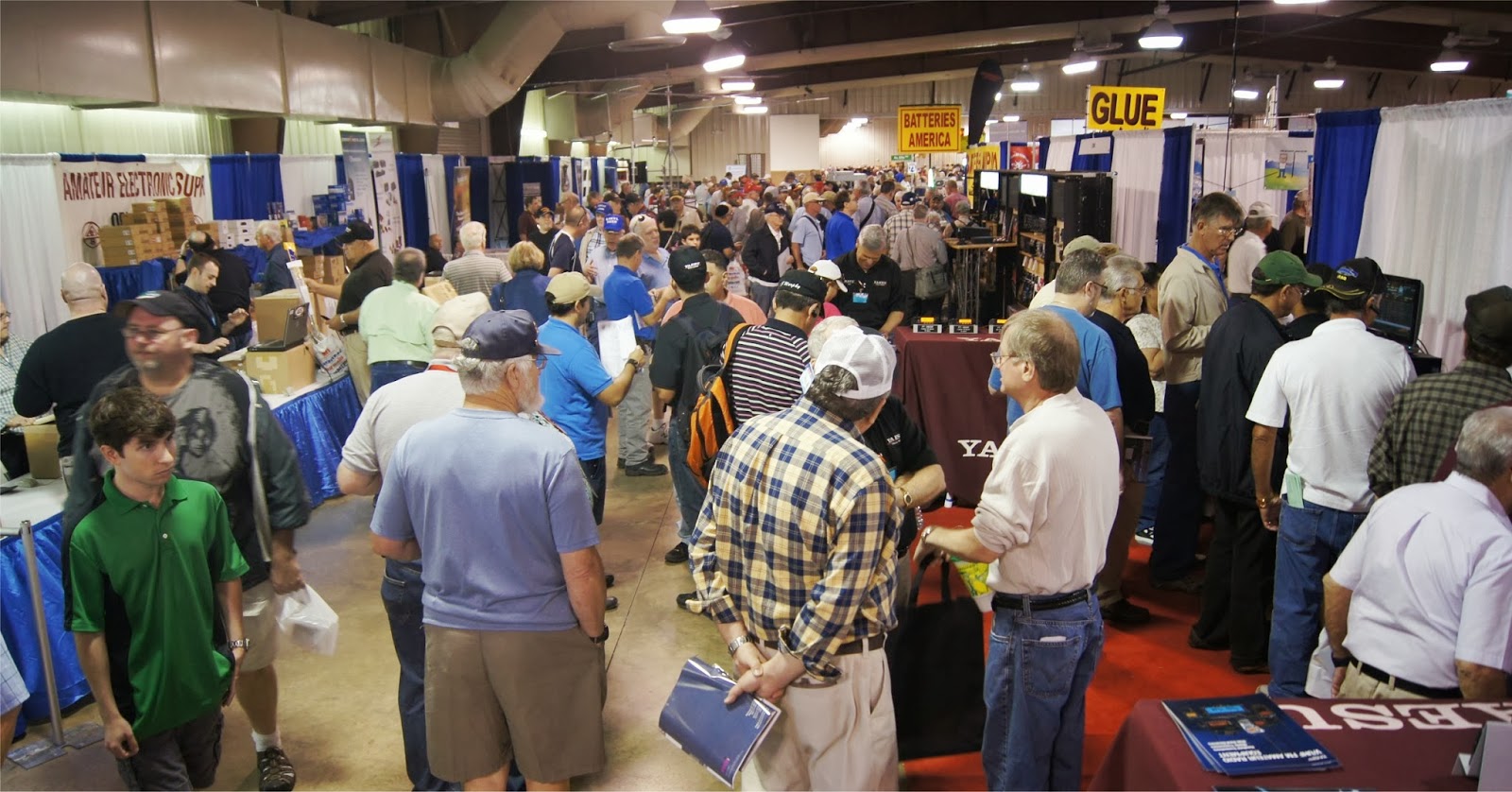 This photo, of unknown date from the Hamcation's website, shows the view in one aisle of the front building where the major manufacturers are displayed, along with some major sellers.

These days I find I mostly look for odds and ends that are hard to find around town; power cables for specific radios, rechargeable batteries like NiMH AA batteries, sometimes wires, small parts.  You never know what you're going to find: hams tend to have other hobbies too, and over the years at various hamfests I've found all sorts of interesting books, an antique 6" refractor telescope (hand made), and I think among Mrs. Graybeard's most treasured possessions are some 100 year old Electrical Experimenter magazines (edited by Hugo Gernsback!) she bought there when they were only 90 years old.