This was the headline about life in Phoenix yesterday and into today.  Well, except for the "Oh Noes!" part.  How hot was it?  118, or 47.8 C.  (Standard joke:  Arizona person, "but it's a dry heat".  Me: "so's a Bessemer furnace")  Seems to me that 118 isn't extremely hot - I'd swear I see temps like that all summer long looking at TV weather maps - and it turns out it seems well off the all-time high in Phoenix of 122. Certainly not a record, there.

So what's going on here?

The only flights that were cancelled were flights of a Bombardier regional jet.  The articles didn't mention the specific model; they just called them a CRJ and there are three models in that series: the CRJ700, 900 and 1000 (pdf warning).  The company I retired from, whom I've always protected from my ramblings by simply referring to them as Major Avionics Corporation, was a top tier supplier to Bombardier and they were, in turn, one of our largest customers.  Just as I can tell you that I did the RF design on a handful of radios on those airplanes, I can tell you that no electronics system we ever sold them was rated to less than 75C, and everything I tested was tested at 85C (167 and 185F, respectively).  118 is pretty meager compared to those.

The answer lies in the airframe and power.  Aircraft are rated for a certain maximum takeoff weight and that must be what the wing area can lift given the speed available out of the engines.  The catch is that physics says lift depends on the density of the air the aircraft is operating in and that's rarely the same as it was designed for.  Pilots refer to density altitude; the equivalent altitude of an airport based on temperature (and humidity) compared to the standard conditions the aircraft was designed for.  At higher temperatures, air has a lower density - it's thinner; fewer molecules are going over the wing.  That lower air density reduces how much lift is generated on the aircraft's wings and it reduces engine efficiency; a double whammy.


On a hot and humid day, the aircraft will accelerate more slowly down the runway, will need to move faster to attain the same lift, and will climb more slowly. The less dense the air, the less lift, the more lackluster the climb, and the longer the distance needed for takeoff and landing.

The CRJ aircraft simply aren't capable of 100% operation in their service area.  They'd need more wing area or more power out of the engines to operate every day.  I understand that aircraft design is full of compromises; heck, all engineering is, and that rating the plane to take off when the density altitude is above the current limit may not have been possible without major changes to something they were primarily designing for (probably cost per seat mile).  It's pretty common in engineering that the last couple of percent of improvement in performance cost more than the first 80 or 90%.  I also note that takeoff air temperature isn't specified in the .pdf brochure I linked to above, so it's possible airlines expect their planes to not be available 100% of the time.

You might wonder if this is really unique, and if not, why it's national news.  I'd say it's not unique and yesterday was certainly not the first time.  Conde Nast Traveler reported on the same situation one year ago today, and that article pointed out it's not that unusual.  It seems really hot days in the third week of June aren't unusual in Phoenix.


This is not the first time airplanes have felt the heat in certain parts of the U.S.—last summer, some planes faced similar challenges, and in past decades, we've seen the same story play out: In June of 1990, temperatures hit 120 degrees, so hot that the asphalt on the tarmac softened, aircraft couldn’t move, and they had to ground flights.

Since it's not unique or the first time, then why is it national news?  Could it be the media is trying to tie hot weather to climate change, and tie that to Trump announcing we're getting out of the Paris climate accords?   That's a guess.  I'll report on stories because I find them interesting.  I don't think the media works that way. 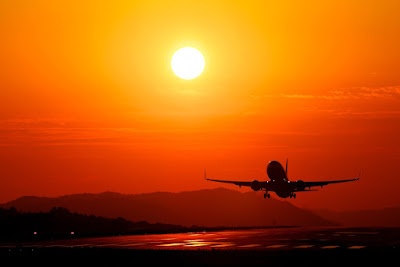