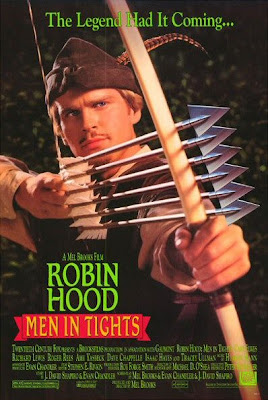 Hat tip to Bayou Renaissance Man for a laugh at this link on MAMILs - Middle Aged Men In Lycra  As a cyclist, I could say a lot.  The author's world is a bit different than the reality I live in, but it could be I don't hang around other middle aged cyclists enough.  His conclusion, though, shows he's as close as a brother from another mother:


I and my band of hill-climbing brothers disagree. It's about becoming a happier and healthier person rather than sliding towards mediocre oblivion at the bottom of a pint glass.

When I first started riding "seriously", back in 1994, it was for the reason a lot of "MAMILs" do: my knees couldn't take running.  I had started running in the late 1970s, and with some time away due to commitments I just couldn't get out of (read: college), had been running for about 20 out of that 24 years.  Back then, I vowed to never be seen in Lycra.

There's an important point he doesn't make: cyclists don't wear Lycra because they think they look good any more than firefighters wear heavy fireproof clothing to look good; they wear it because Lycra is extremely well suited to the demands of road cycling.  Within a year, I started wearing Lycra shorts, but only under other clothing.

Then something happened - the Florida summer sun, which will melt an aluminum bicycle out from under you.  Eventually, you get so close to dying of heat stroke that your pride takes a back seat and you take off the outer layers, just to get that extra degree or two cooler.  In my case, I started wearing Lycra without a covering layer of baggie shorts when I stopped caring what other people think.

In keeping with the article, I do own a carbon fiber bike.  It's not my regular ride, though; that's titanium.  By keeping an eye open and not being in a rush, I bought both a carbon fiber and a titanium bike for nicely under a k-buck each.  Like any hobby, you can accessorize to you heart's content and run up the price.  I've added a little bling to each. 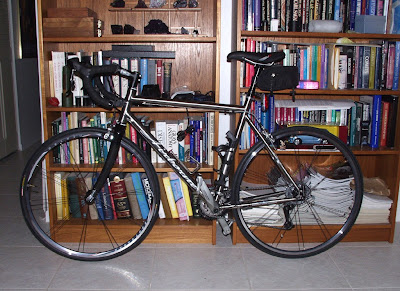 FYI, the lovely Mrs. Graybeard cycles with me and knows all about prices and such.  We don't need to play games like trading shoes for jerseys, or silly things like that.

Nowadays, as 60 becomes closer than 50, we aren't really serious cyclists anymore.  We regularly tell jokes and have a few laughs while we're riding.