A Strange Thing Happened; Something Good

In the midst of of the constant barrage of bad news we get every day; everything from the Cyprus bank situation to MRAPs on the streets and confiscatory gun laws, I stumbled across an item of good news.

A California Circuit Court Judge (I repeat - California!) has ruled that the National Security Letters that the feds have been using since the Patriot act started are unconstitutional.  The idea of an NSL has been around since the 1970s, but the Patriot act really put the gas pedal to the metal on the use of these instruments.


In a ruling released today, U.S. District Judge Susan Illston said that NSLs suffer from “significant constitutional defects” and violate the First Amendment because of the way they can be used to effectively gag companies that receive them.  Illston has ordered the FBI to stop issuing NSLs and cease enforcing their gag provisions in all cases.

I have to immediately add that this has been appealed by the Fed.gov already and the ruling has been stayed for 90 days, giving the government the chance to appeal to the 9th Circuit Court of Appeals because of the “constitutional and national security issues at stake.”

National Security Letters are particularly bad in the way they've been used.  The feds will subpoena a company like Google, an ISP or a cellphone provider to turn over tons of information on users and give the subpoena recipient an NSL that says they can't tell anyone, not even their lawyer, what they were required to do.  Stories circulate that defendants have been ordered to commit perjury in court by lying to the judge about what the feds have ordered.


Between 2003 and 2006 nearly 200,000 NSLs were used by the FBI to obtain information about people.  In 2007, a report by the Justice Department’s inspector general raised concerns about the use of the letters to “obtain vast quantities of telephone numbers or other records with a single request.”  The DOJ said in a statement today that it was reviewing the California ruling.  It is likely that it will file an appeal. In the meantime, civil liberties and privacy groups will continue to celebrate what they are claiming as a landmark victory that will "help restore balance between liberty and security."

To be honest, you have your head pretty far up the butt of tyranny to not see this is unconstitutional restraint of speech.  "But it's national security!!  Terrorists!!".  It's the sort of question left and right should agree on and it shouldn't have taken a decade for them to be declared invalid. 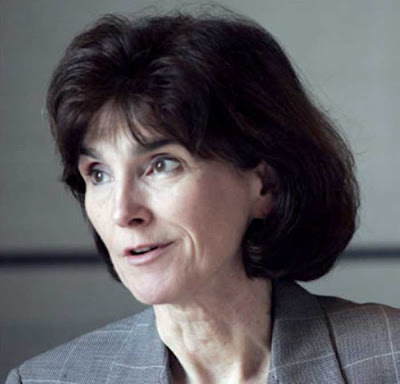 Judge Susan Ilston who ruled on the NSLs.