There's little I can say compared to some of the excellent posts around the blogosphere this weekend.  Just a couple of pictures that have been seen around many times and that I find particularly haunting. 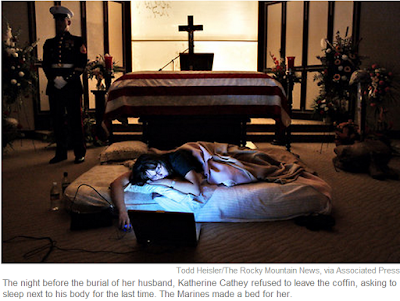 There are far too many pictures of young wives saying goodbye, like that one and this one. 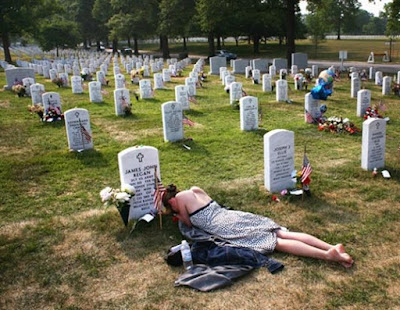 Pictures that remind us this is holiday commemorating sacrifice, infused through and through with grief.  It's not about barbecues and sales.  But this picture has always gotten to me, perhaps most of all. 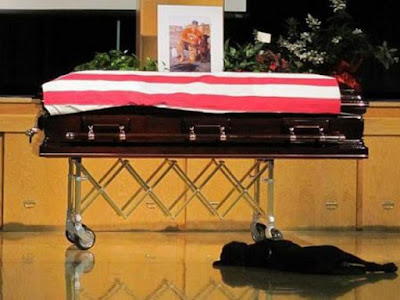 In a final act of loyalty, Hawkeye, the dog of slain Navy SEAL U.S. Navy Petty Officer 1st Class Jon T. Tumilson walked up to his fallen master’s casket during the funeral in Rockford, Iowa, and then laid mournfully down beside the body for the rest of the proceedings [Note: Petty Officer Tumilson was one of the 30 killed in Afghanistan in the shoot down of Extortion 17 which the families blame squarely on the administration - SiG]

A depressing number of presidential candidates could use Hawkeye's loyalty.  It's pretty bad to be shown to exhibit less humanity than a dog.

It's widely reported that only 0.4% of the population serves in the military.  That's a tremendous burden to be borne by such a small percentage of the population.  To all who served in the past or are serving today, my heartfelt thanks.