Today's post can be subtitled, "wherein the price of all of your electronic stuff goes up".

The exact reason why is another great example of the stuff they throw into those 3000 page bills that congress keeps running through.  In this case, one of the biggest impacts to electronics firms in years comes from the Dodd-Frank financial reform bill.  And the impact has virtually nothing to do with finances. 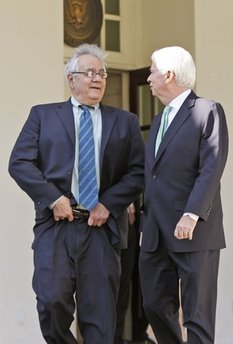 Electronic Design magazine, one of a few trade magazines that tries to embrace all of the industry, carries an article on the impact of new laws on the industry, and the role of Dodd-Frank. Deep in the bowels of the law, the financial reform bill requires companies to document that they don't use "conflict minerals" in their products.  Conflict minerals?  A few years ago, everyone was talking about "conflict" or "blood" diamonds, so extend the term to cover anything coming out of a war zone.  (You're not allowed to include Mexico - that's not politically correct).  The law specifically addresses ...


"...certain minerals from the Democratic Republic of the Congo (DRC), a region plagued by violence. Trade in the minerals in question—tantalum, tin, tungsten, and gold—fuels criminal networks in the region to the tune of hundreds of millions of dollars a year, perpetuating a cycle of violence."

Tantalum is a relatively rare metallic element that has come to have tremendous economic value.  Tantalum oxide makes a very good insulator to use in an electronic components called capacitors; one of the fundamental building blocks of electronics.  Although people have been trying to replace it for a long time (it's relatively expensive), it remains used in millions of places in electronics where its ability to make large value capacitors in tiny parts make it almost irreplaceable.  Everything from cellphones and MP3 players to EKGs, stereos and flat screen TVs to radars, contains tantalum capacitors.


The Dodd-Frank Act does not ban conflict minerals but requires companies that are registered with the U.S. Securities and Exchange Commission to disclose annually whether or not they have used minerals mined from the region. The legislation aims to stem the violence in the area by curtailing trade and stopping the flow of money to violent regimes. There is much debate over whether or not the strategy will work, with some arguing that it will harm local economies by putting mines that are not involved with the conflict, and their employees, out of business.

Complying with the act requires companies to provide detailed documentation throughout the supply chain, from finished products down to their basic mineral content.


Not to belabor the point, but a financial reform bill aimed at "Wall Street Reform" includes this provision that requires manufacturing companies provide "cradle to grave records" for the origin of the minerals used in their products.  It's almost as if they had to record what sand was refined to make the silicon used in the processor or RAM chips came from, and track all of the sources for every part.  This sort of effort will cost money, of course, and these costs have to show up in the finished product.  The alternative is for manufacturing companies to move their production to places that don't ask this, and only sell their products in countries that don't ask.  And then they talk with anger about manufacturers moving jobs overseas!

And this is not the only such law that governments impose on electronics manufacturers, not even close.

It's no secret I'm a "radio engineer", an endangered subspecies of electrical engineer, says so right over there under "About Me".   It's also no secret I'm not a big fan of big government and regulations; I believe one of the most common phrases in this blog is "cut the Code of Federal Regulations by 75%".  So when the big government does things to cripple the electronics community, I get really mad.
Posted by SiGraybeard at 8:45 PM