I'd Say A London Style Attack is Coming Here

But the fact is that "lone wolf" or "self-radicalizing" jihadi attacks are already here in the US.

What else was San Bernardino?   Ohio State?

The Ohio State attack followed a pattern that's becoming all too familiar; and the same pattern was in today's attack on Parliament in London.  The attacker drove a nondescript car into crowds and then came out slashing.  Nothing unusual, like the trucks used in Nice on Bastille Day; or the Christmas market in Berlin; just a plain old SUV.  It doesn't require tactical ninja training, access to a weapons cache, organizational skills or anything beyond the ability to drive and desire to die for Allah.

It's jihad for dummies.  ISIS is proud of it. 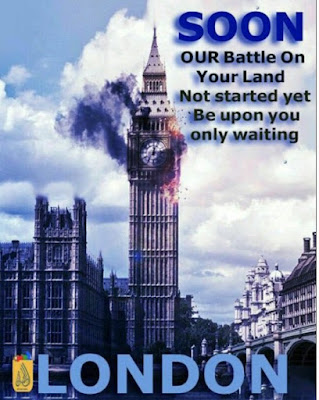 I don't have any great words of wisdom here, certainly nothing that you haven't heard before.  Stay alert.  Stay armed; and if you can't lift your hand and retrieve a gun RFN you aren't.  Consider carrying a little more capacity.  Practice.  Put in a little extra time at longer distances.  It's not all preparing for someone within 3 yards who wants to grab your stuff and get away.  Someone wanting to die isn't going to stop until you help them achieve that goal.