Today This Blog is 12 Years Old

That's right, it's my 12th blogiversary, although the day of the week and calendar date aren't the same.  My first post was Sunday, February 21, 2010.   Looking at that post, I'd have to say the more things change the more they stay insane. 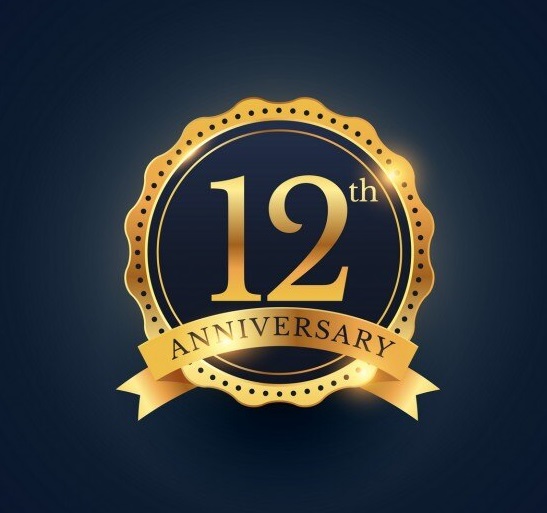 As always, I thank you for stopping by.

With 11 years of material, I find I remember what seems to be an unusual amount of it, but then I also find myself reading something from long ago and enjoying it while vaguely thinking, "who wrote this?"

But that's old news.  What's going on now?  The first Falcon 9 launch since the very busy January was to have been this morning from the Kennedy Space Center with two instantaneous launch windows, the first set for 9:54 AM EST.  When I got up this morning it had already been rescheduled for 9:44 AM tomorrow morning.  This is a Starlink launch mission, called Starlink 4-8.

There will be one more February Starlink launch, Starlink 4-11, from Vandenberg Space Force Base. It's now scheduled for 7:30-8 am PST (15:30-16:00 UTC) on Friday, February 25th.  I haven't seen a Starlink launch window described like that.  That much latitude in the launch time is quite unusual.

The tests of the cryogenic systems at Boca Chica's Starbase moved from Starship 20 to Booster B4 on Friday.  That was followed by more tests of the Chopsticks.

You probably remember that after the last launch of last year, SpaceX almost lost the booster over the side of recovery drone Just Read The Instructions due to the rough seas.  NASA Spaceflight (.com) reporter/photographer Julia Bergeron tweeted photos of the repaired JRTI, and its Octagrabber last Tuesday.  She added:

Just Read the Instructions and A Shortfall of Gravitas swapped docks today. JRTI repairs seem to be wrapping up and the clover has returned to the garage. Both Octagrabbers were on their respective decks. JRTI (L) ASOG (R)

This was two days before ASOG left to get in position for this morning's Starlink launch (now tomorrow morning's). 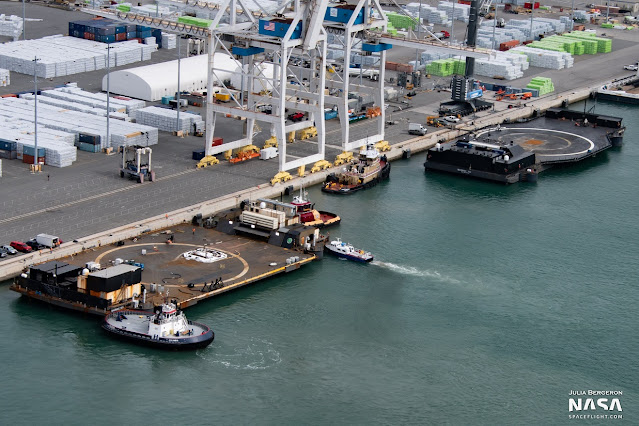 As noted, photograph by Julia Bergeron for NASA Spaceflight (dot com). This is the view that Julia was referring to when she left the key JRTI (L) ASOG (R).