Another Intergesting Graphic to Ponder

Ran across this today.

A single Raptor2 methane/oxygen engine can produce over half a million pounds of thrust.  They have done 540,000 pounds during ground tests in Texas.  That means a single engine can lift the weights of these things shown vertically - more thrust than weight.  Now imagine what 33 of them in a cluster all firing at once can lift. 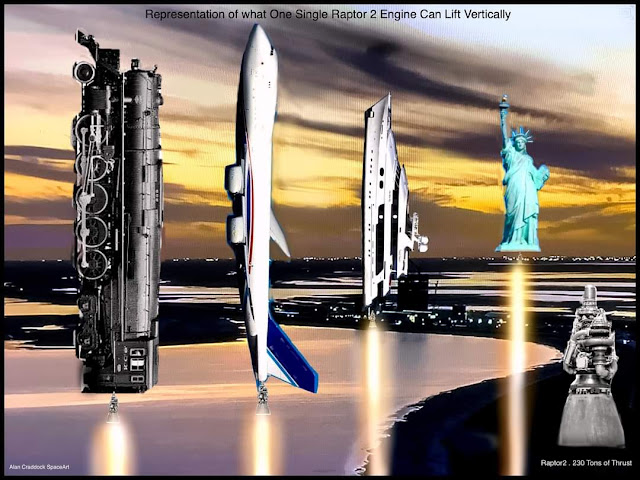 Image and concept credits to "Galaxy Heroes" on Twitter.

It has been a busy day around the house, with not much news on the space beat.  Possible road closures out at Starbase Boca Chica for Tuesday through Thursday, and then again Monday and Tuesday of next week  (7/11 and 12).  While Booster 7 has had some tests done, there are more to come before they think about lighting some of those Raptors.  Here's a good summary video from NASA Spaceflight.com.