Greece is Circling the Bowl - Who Goes Down With Them?

The day of reckoning gets closer.  Greece's economy is in shambles, their government backed bonds have been reduced to "junk" status, and "the people are revolting" (to borrow a line).  The IMF has asked the Greek government to reduce its deficit: cut spending and raise taxes.

Two problems:
There's a lesson in here in that the Greek deficit as a percentage of GDP is just over 10%.
So is ours.
So is Britain's.
So is Spain's.
The destruction they are witnessing "over there" will come here eventually.

This is a time like no other I've ever come across.  I'll be the first to admit, I'm relatively new at reading any history, but the whole civilized world is in a bad economic mess.  It really comes down to handful of common reasons.

1)  You can't spend money you don't have forever.  Yes, you can incur some debt.  It's not a problem if it's at healthy levels, but when you half of what you make is going to pay the interest on the debt (US in a year or two), you will never pay it off.  You will go bankrupt.

2)  No nation has a currency backed in any tangible commodity.  The world went off the gold standard for good in the early 1970s, with every nation's currency floating with respect to every other.  What's a dollar worth?  Whatever any two parties agree it's worth. It's fine while everyone's happy and times are good; but what happens when everyone is on the verge of collapse?  Do they pull each other down or prop each other up?  The lack of a commodity standard has led to bubble after bubble after bubble - here and around the world.  The dollar is down to a few percent of its value from the 1930s when we started getting off the gold standard.

3)  There is an appalling lack of understanding of basic math and economics in the world at large.  People that can vote, tend to vote in those who promise them money or who start unsustainable financial systems.  The rioting socialists in Greece are a shining example.  "A government that robs Peter to pay Paul, can always count on the support of Paul" -George Bernard Shaw

4) With the great interconnectedness of our financial systems, troubles in one area can multiply across the world faster than ever.  In the old days, we really transferred money around; today the central banks can just increase balances on computers somewhere.  Billions of dollars can be created or destroyed in seconds.

We could avoid financial collapse with sober spending, and intelligent regulations.  In other words, we're screwed.  A group of former sailors say they object to the phrase "spending like drunken sailors", because they stopped spending when they ran out of money, no matter how drunk they were.  The proposed financial regulation bill in congress is the usual Washington crap.  It addresses the wrong problems, ignores the real problems, and creates new problems to go with them.

I think it looks increasingly likely that a second downturn will occur sometime soon.  I think the predictions of tax riots and civil unrest here in the US by 2011 from Gerald Celente seem right on.

My advice is the timeless classic: beans, bullets and band-aids.  Precious metals, like lead, copper and brass: 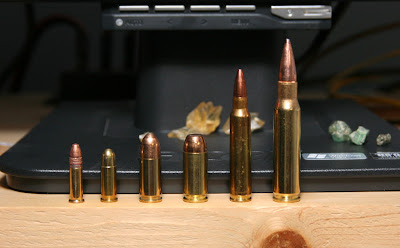