Today I was trying to recall if I had written anything about 9/11 last year, so I went to the archives and looked it up.  I was surprised to find that I had written a couple of pieces about it.  Not sure what that says, but Whoomp, there it is.

I know lots of people will write poignant, touching columns about it.  Read Brigid's latest at Home on the Range (everybody knows and loves Brigid, so it isn't like I'm giving you some amazing secret here).  A very intelligent piece is Sultan Knish's column - it may be the best read out there.

I want to talk about something else.

As we slide closer and closer to a complete totalitarian state it occurs to me that much of where I am and who I am today came about in reaction to 9/11.  On 9/10, I was much more ignorant.  I tended to think of politics too much along party lines, although I distinctly remember telling a former co-worker at Southeast Area Defense Contractor that both parties were only about getting and keeping power, and didn't give a damn about us or the country.  This was in the early 1990s.  I was much more ignorant of history.

Since 9/11, I've plunged into learning more about history, and especially our founding.  I've learned about the problems with our Federal Reserve.  I started to see the historical inevitability of a coming collapse unless we drastically change our ways (we won't - that's what makes collapses inevitable).  I learned about the problem with subprime mortgages by about '06, and saw how it could literally crash the world.  I learned about the attacks on our liberties through the PATRIOT act, the multibillion dollar-sucking DHS that hasn't earned a single dime of that; the NDAA; drones over the heartland; FISA courts and their "formerly illegal warrantless wire taps"; that giant NSA complex in Utah and so much more.  I've also learned about the genuine threats against America by the Muslim Brotherhood and the other radical Islamist groups who want "the flag of Islam (to fly) over the White House", including Brotherhood infiltration into all levels and branches of the US government.  There really are "Enemies Foreign and Domestic".

I voted for W in 2000, but was never very fond of him, and became less so over his eight years.  He had his redeeming points - how he initially responded to 9/11 for one - but he was an economic disaster, and oversaw some of the first terrible attacks on our liberties.

I guess you can say I woke up.  I got armed.  I started getting trained.  I got even more independent. While I still see insufficient difference between the parties, and still agree with my early-90's assessment, I still see that there might possibly be civil remedies for our messes, if enough people wake up and demand it.  Because they value their jobs. 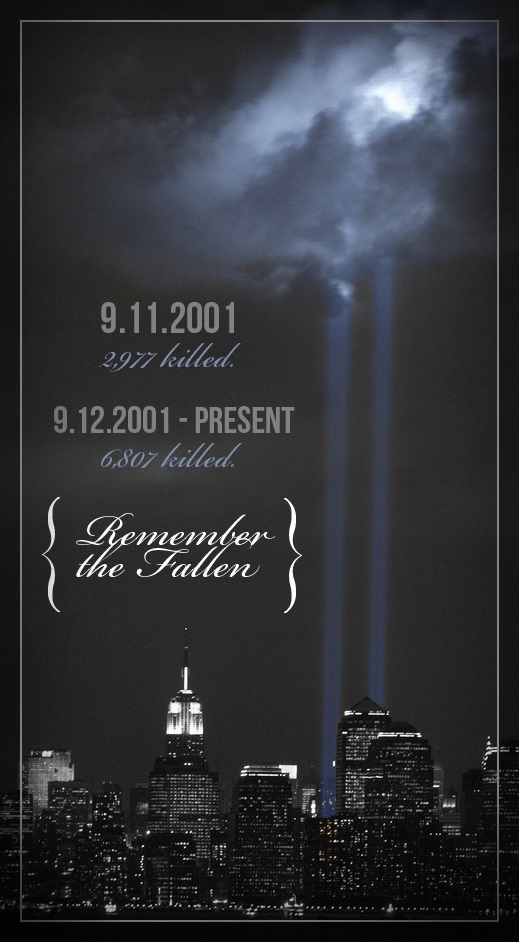 (image from RangerUp)
I also know that the saying in the military is true: America isn't at war.  America's military is at war; America is at the mall.  Or home, trying to eek out a living.