Virginia Democrat is Utter Scumbag Of the Year

One of the little stories that has gathered quite a following this week is of Texas Tech cheerleader Kendall Jones, who posted pictures from African hunting trips on her Facebook page.  The pictures ignited a firestorm of hate against Kendall and the incredibly evil company even took down some of her pictures.  I say they're incredibly evil because they allowed at least two pages on Facebook dedicated to killing her.  TMZ reports at least one of the pages was taken down although Facebook originally said the page "does not violate our community standards".  Consider it simply the public outrage that got them to take the page down.  I just checked the other one Doug Giles linked to and the name has been changed to "Screw Kendall Jones". 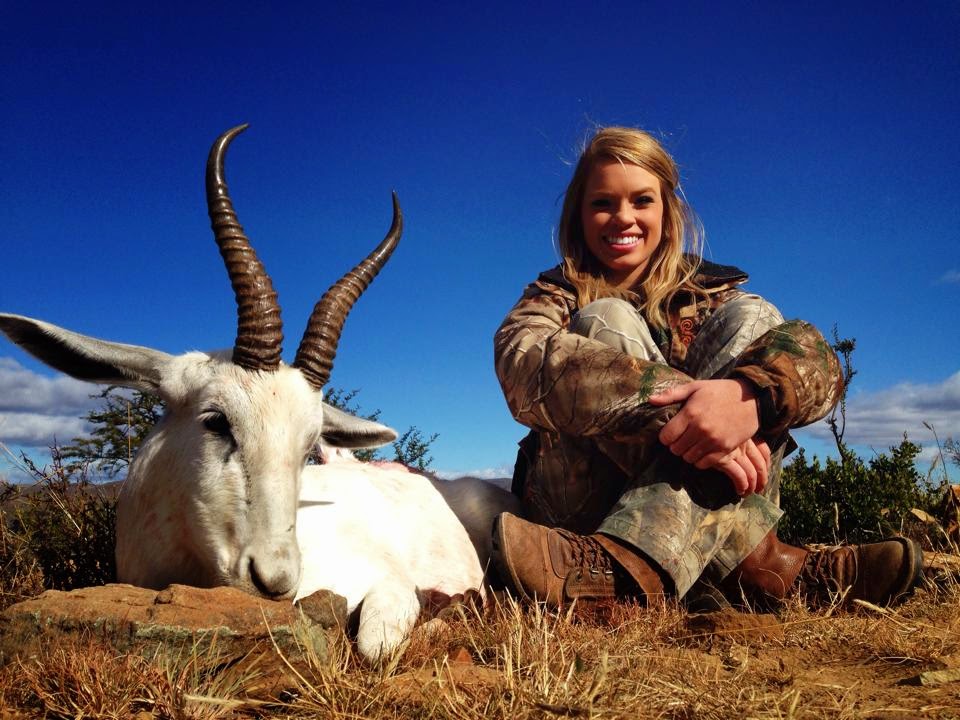 I haven't written on this subject because I've written on the wrath the "tolerant" left showers on women who hunt before - and the story of one of our Olympic athletes who was showered in death threats.  The same story is going on yet again today, over L'Oreal model Axelle Despiegelaere.  She'll be getting death threats any moment now, if she hasn't already.

But what I came across today is just too far.

A Virginia Democrat who self describes as  “I’m left of President Obama,” has offered $100,000 for nude pictures of the 19 year old. But this was only the first of the offensive tweets from the congressional candidate (like hell I'm going to link to this scumbag), who then went on to insult anyone who told him what he was doing was wrong.  To quote from an interview conducted by The Blaze:  (Note: I'm going to replace the scumbag's name with the word <scumbag> because I don't even want to give him that much press)

Asked why he thought it was ok to publicly shame a 19-year-old for doing something that was perfectly legal, <scumbag> said, “She deserves to be shamed.”

“I think anything that stops these people from killing these animals is legal,” he said.

Larry Frickin' Flynt is your mentor?  The guy with a 9th grade education whose own daughter accused him of raping her?  Nothing but class, Democrats.  You may have finally found someone stupid enough and evil enough to play the idiot sidekick for Orlando's Alan Grayson.