The Death of The Dollar By A Thousand Cuts

I've been covering news on the decline of the dollar as long as I've been here, so I should update you on the latest.

Last week, Britain announced it had decided to join the Asian Infrastructure Investment Bank (AIIB), a  new, China-led development bank for Asia.  By itself, it's not a major slap at the US and the Fed, but it adds to the increasing economic power in China and that power's movement away from the US.


Membership by Britain, America’s closest ally and the first would-be member from the Group of 7 leading economies, would be a major step toward China’s goal of making the bank, which President Xi Jinping inaugurated last October, a global financial institution rivaling the World Bank.

That piece was dated March 13.  I say that because it didn't take long before other members of the G7 joined Britain; yesterday, Germany, France and Italy said they were joining Britain.


The concerted move to participate in Beijing’s flagship economic outreach project was a diplomatic blow to the United States, reflecting European eagerness to partner with China’s fast-growing economy, the world’s second largest.

The announcement comes amid prickly trade negotiations between Brussels and Washington, and at a time when EU and Asian governments are frustrated that the US Congress has held up a reform of voting rights in the International Monetary Fund, due to give China and other emerging powers more say in global economic governance.
...
German Finance Minister Wolfgang Schaeuble made the announcement at a joint news conference with visiting Chinese Vice Premier Ma Kai, at which no questions were allowed. He said Germany, Europe’s biggest economy and a major trade partner of Beijing, would be a founding member of the Asian Infrastructure Investment Bank (AIIB).

It's also being reported that this is just the start, with Australia, South Korea, and more European countries being rumored to be next to join.  The Obamanoids began by opposing, threatening and cajoling.  Now that other countries have acted in their own best interest, the 'noids are getting quieter.  The Chinese aren't missing the chance to gloat.

While it's easy to say this isn't important, I think that's short sighted.  Taken together, these all do seem to be another indicator of America's flagging strength as an economic power as economic activity floods from the West and the US to China and the East.  It has been widely said, (even here) that we're seeing the dawn of the Chinese century; this is just a little more evidence.  The rest of the world has been moving away from the dollar more and more.  We'd be in real trouble if the rest of the Western world wasn't in such bad shape.

To say the world is in precarious mess is to understate it.  Germany and Sweden have started issuing bonds at negative interest rates; other countries are talking about doing it.  Negative interest means you are guaranteed to lose money when you buy them.  You're not getting paid to buy their debt; you're paying for the privilege of funding their debt, for the privilege of losing money.  So why would anyone buy bonds at negative interest?  I can think of only two reasons: either the buyers think it's the option in which they lose the least amount of money, that is, if they don't buy the negative rate they'll get something like a Greek haircut elsewhere, or they think one of the Central Banks will come to the rescue and buy up that debt, getting them positive interest.  The second one seems like a stretch.  Compared to negative interest, US bonds seem stellar with 10-year U.S. Treasury bonds yield about 2.03% and 20-year bonds yield at 2.33%.

Mark Hendrickson, an adjunct professor at Grove City College in Grove City, Penn., has an excellent observation on negative interest rates in an interesting read at Forbes.


"We have the spectacle of widespread acceptance [by investors] of a nominally negative return on paper denominated in a currency that the relevant central bank is actively trying to depreciate," he writes in an article for Forbes.

"Negative interest rates are a weird and alarming symptom of profound economic dysfunction," Hendrickson states. "In a healthy economy, interest rates coordinate production between the present and the future according to people’s composite time preferences."

We're in an outright currency war, with nations in a race to the bottom to see how much they can devalue their currency.  The rates are rippling disruption through all the markets everywhere.  This is what you get when academics run the world.  Nothing is fixed, every currency is relative, so every currency wants to inflate and deflate when it's good for the ruling classes and too bad if they destroy savers (what kind of interest have you earned in this seven years of zero interest rates?). 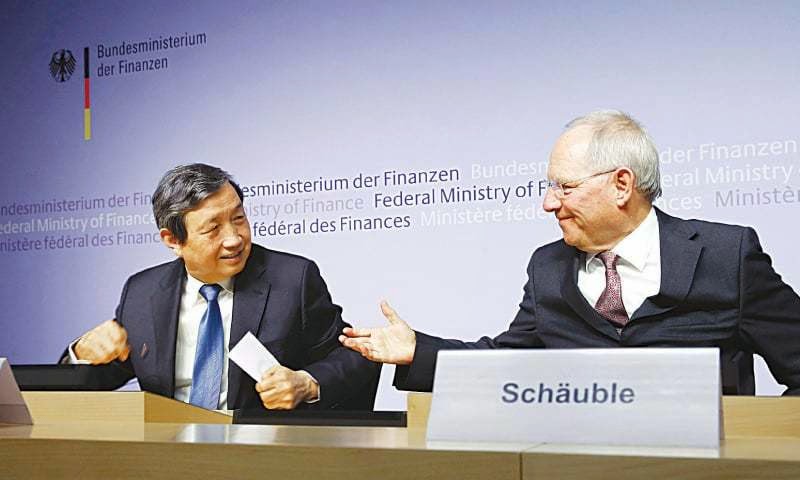