The report in its entirety says:


Honduran authorities have detained five Syrian nationals who were trying to reach the United States using stolen Greek passports, but there are no signs of any links to last week's attacks in Paris, police said.

The group of Syrian men was held late on Tuesday in the Honduran capital of Tegucigalpa on arrival from Costa Rica and they were planning to head to the border with neighboring Guatemala. The passports had been doctored to replace the photographs with those of the Syrians, police said.

The men later told the police they had planned to cross Guatemala after exiting Honduras, then Mexico before crossing the southern border in the US.  Unlike the US, the countries of Mexico, Guatemala, and Honduras all have genuine border security and caught the five Syrians.  Plus, they consider crossing with invalid passports to be a crime.  Their journey will be interrupted at least a little while.

Don't worry; I'm sure they were coming to audition for a church choir somewhere.  Maybe the Mormon Tabernacle?  One of the big Texas mega-churches? No?

In other news, president Obama is right: ISIS has been contained.  There has not been one single ISIS attack on the moon or another planet.  They have been contained to Earth, where they're pretty much like cockroaches and are found everywhere. 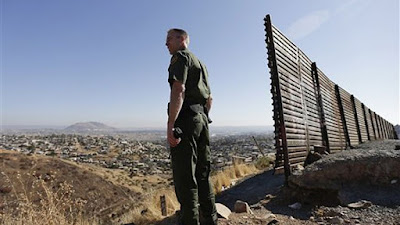