Merry Christmas to All

It's sort of annual tradition on my part to put up this post, or at least the essence of it, since I revise it pretty much every year.

Borepatch has an interesting article up on why we celebrate Christmas on December 25th.  It might well be true.  It sure has a lot of details that make sense.


Aurelian introduced his cult on December 25, 274 AD and it became really the first Empire-wide holiday.   He succeeded in founding a common belief across the Empire, perhaps succeeded more than even he hoped.  Because the idea stuck: Emperor Constantine didn't just introduce Christianity. It's from him that we get the word Sunday, since he decreed that across the Empire the weekly day of rest would be the day of rest - the dies Solis.

I always say that in the church I go to, it's not news that most people say we have no real idea when Jesus was born and that the December 25th date comes from adapting to the Roman Saturnalia or other pagan holidays; nor would they be shocked if you told them Christmas has more secular than holy traditions associated with it and many things that are totally ingrained in the holiday traditions started out as advertising gimmicks.  There was no little drummer boy when the events we portray as the nativity happened; in fact, the entire scene we call the nativity is a conglomeration of bits and pieces from multiple Gospels, and certainly did not happen within the first couple of days of Jesus' life.  Nobody knows how many magi ("wise men") came to visit the child; we say three because of the three gifts listed, but it could have been almost any number.  Furthermore, it wasn't at his birth; it was when Jesus was closer to two years old.

Churches, like all groups, have personalities, and in the one I attend, it would be remarkable to toss a wadded up paper ball and not hit an engineer, nurse, doctor, or a tech professional.

Years ago. a friend sent me this contribution on the question of the exact date from a place dedicated to answering biblical questions.


Let me wish each and every one of you who stop by here a very Merry Christmas.  Hold close the ones you love.  Spend time with family or friends or both.  Remember the good service members deployed far from home.  If you're Military, LEO, or fire; EMT, Nurse or MD, and are one who must work while the rest of us celebrate, thank you. 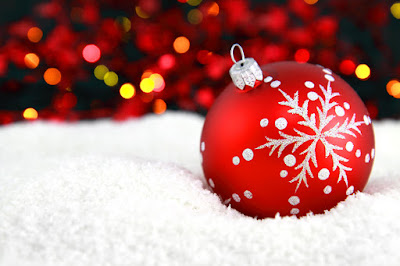 Posted by SiGraybeard at 4:27 PM