Thanks to a report from an online journal called FreePressers, we get a look at some facts and figures about The Squad that are a little interesting.  The Squad, if you've been ignoring the news, is the four freshmen congresscritters who have taken over media coverage wall to wall, Representatives AOC, Rashida Tlaib, Ilhan Omar, and Ayanna Pressley. It starts with an interesting tidbit about Occasionally Coherent.

There's another interesting aspect to this.  Contributions from donors in her New York City district 14 was $1,525.50, which is 0.08% of her total.  There was a grand total of 10 itemized contributions from her constituents.  She has the second lowest donations from her district in the entire congress.  Democratic Rep. Sylvia Garcia of Texas was the lowest. Garcia’s re-election campaign reported itemized contributions of $14,400 in total, 0.74% of AOCs total donations, and none of it came from people in her district.

With contributions from non-constituents 1272 times contributions from people she's representing, you have to wonder who exactly is giving her the money.  It adds credence to the idea that she's not popular in her own district but the big money globalist leftists love her.  It's worth reminding everyone that AOC's Chief of Staff, Saikat Chakrabarti, left her team recently and is under investigation for massive campaign finance violations.


[Rahsida] Tlaib reported receiving $470,430.11 in itemized contributions in the first half of 2019, but less than 2 percent came from individuals living within her district.

[Ilhan] Omar reported $717,831.22 in itemized contributions to her re-election campaign so far in 2019. Just over 4 percent came from her constituents.

Rep. Ayanna Pressley far outperformed the others. The Massachusetts Democrat received more than 30 percent of her $248,280.78 itemized contributions from her constituents.

Of the four "squad" members, it seems Rep Pressley has the most legitimate claim that her constituents support her.  She brought in the least amount of total contributions, but a much higher percentage from constituents and not global donors. 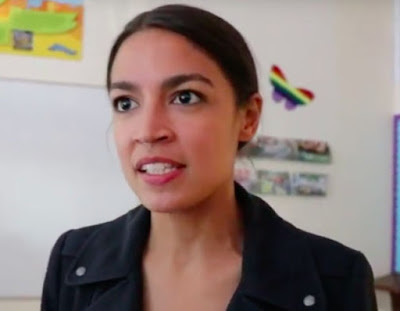