A Large Upset in the World's Space Programs

Dmitry Rogozin is out as director general of Russia's state-owned space corporation, Roscosmos, in a move over the Thursday/Friday time frame in Eastern Russia, inescapably earlier by US time.  Former Deputy Prime Minister Yuri Borisov will replace Rogozin.  While Rogozin has been combative and tended toward extreme rhetoric since the Ukraine war started, he was a well-known figure.  Yuri Borisov is a rather complete unknown at this point.

This brings an end to Rogozin's tumultuous career at Roscosmos, where he directly worked with the leaders of other international space agencies, including NASA and other International Space Station partners such as Europe, Canada, and Japan. Since the invasion of Ukraine, Rogozin has been increasingly bellicose and made numerous threats about Russian participation in the station. While most of those threats have ended up being hollow, they have damaged working relations with the West. 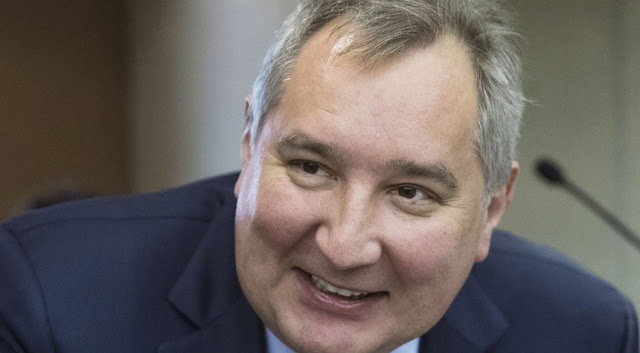 Eric Berger from Ars Technica compiled a list of controversies that Rogozin has been involved in over just the last week, with just the Western space industry .

In a separate,"we swear this isn't related," announcement,  NASA and Rozcosmos agreed to what's called "the Trampoline swap" that has been discussed for some time.  The two agencies will swap one seat on Soyuz for one seat on Crew Dragon.  NASA astronaut, Frank Rubio, will fly with cosmonauts Sergey Prokopyev and Dmitry Petelin on the Soyuz MS-22 mission and Russian cosmonaut, Anna Kikina, will fly with NASA astronauts Nicole Mann, Josh Cassada and Japanese astronaut Koichi Wakata on the SpaceX Crew-5 mission.  Both the Soyuz MS-22 and Crew-5 missions are currently scheduled for September.

In addition to those named crews, NASA's Loral O’Hara will fly along with cosmonauts Oleg Kononenko and Nikolai Chub on the Soyuz MS-23 mission next spring.  Cosmonaut Andrey Fedyaev will join NASA astronauts Steve Bowen and Woody Hoburg as part of the Crew-6 mission next spring.

This is being featured as (sold as) a no exchange of funds, or straight swap.

"The no-exchange-of-funds arrangement includes transportation to and from the International Space Station and comprehensive mission support, including all necessary training and preparation for launch, flight operations, landing, and crew rescue services," [NASA spokesman Josh] Finch said.