The Democratic War on Science

It was a DNC throwaway talking point during the W administration to talk about the Republican war on science, implying that because Republicans didn't want to vivisect school children, they were opposed to any sort of intellectual advancement.

Here's a key, in case you haven't noticed: politicians always accuse each other of doing what they know they would do (or are actually doing at the moment) in the same circumstances.  The classic example is when each party accuses the other of "playing politics".  Of course they are, scooter, and so are you!

Borepatch links to Northern Blogger (2 cents) on an alarming use of the Obama Justice department to shut down research that might contradict Global Warming Climate change bad thing of the week.


Climategate II has taken a very chilling turn.  One that to my mind raises far greater issues than the idiocy of AGW and the great hoodwink.  The Obama administration's criminal division of the Justice Department sought and executed search warrants against Wordpress, the blogging software company that hosts several of the blogs where the anonymous "FOIA" posted a link to the zipfile that contained the second batch of incriminating emails from Mann and the boys.  Worse, it participated in a physical raid and seizure at home of the blogger who goes by Jeff Id at NOconsensus.wordpress.com, where all of his computers and his router were taken.  His was the first blog to upload the link, probably because he lives in a time zone five hours ahead of the others.  He was assured that he was not a suspect, but they nonetheless had armed agents serve the warrant and seize the instruments of his blogging.  Others whose files were ordered frozen at Wordpress were Steve McIntyre at ClimateAudit.org and Tallbloke’s Talkshop at tabloke.wordpress.com.

Borrowing more from Borepatch this time,

The most recent Climategate emails show clearly that the scientists were pressured by politicians to come out with more extreme results - to hype the Global Warming panic.  The emails show that environmental activists were in positions of responsibility in the governments involved. They show that the World Bank was involved in writing parts of the IPCC reports - and even peer-reviewed articles published in Science and Nature (the most prestigious scientific journals).

In short, the global power elites were involved in the minutiae of the content of scientific journals, trying to make sure that the "science was settled" that we were in a crisis.

To add a little "value" of my own, back when he was at Fox, Glenn Beck did a full expose' on the Chicago Climate Exchange that was gearing up to trade papal indulgences, er, carbon credits. He called it Crime Incorporated, a name used for the mafia ("organized crime") in the past.  The usual players were involved (Center for American Progress, the Apollo Alliance, and so on) and some new ones, Joel Rogers to name the big guy. It's not hard to find details but this place seems to hit the major points. After the Cap and Trade bill didn't make it through the congress, the CCX quietly reorganized.

The really important thing is this: the scheme of paying penance for carbon was estimated to be a $10 trillion dollar per year market that they were going to make up new from whole cloth. All of those principals, Goldman Sachs, Joel Rogers, main democratic donors like Soros, and lots of others, were set to skim "whole number percents" from that 10 Trillion dollars.  You can bet large chunks of that payola was going to end up in DNC coffers by their behavior.

When a scam that big, a scam that required years of work to get established is threatened, do you expect them to pick up their ball and go home?  Do you honestly think they're going to play nice? They're going to do anything, step on anyone, and I daresay kill anyone that needs to be gotten rid of so that they can make their billions. It is organized crime in every sense of the word. 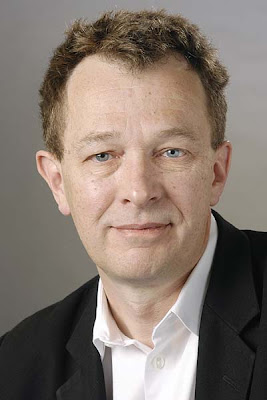 Joel Rogers, of the University of Wisconsin.  Go look up some of his talks to crowds.  Not surprisingly (considering he's from Wisconsin) he appears to be a virulent communist dedicated to the destruction of the west - as long as it involves massive transfer of money into his pockets along the way.
Posted by SiGraybeard at 8:33 PM