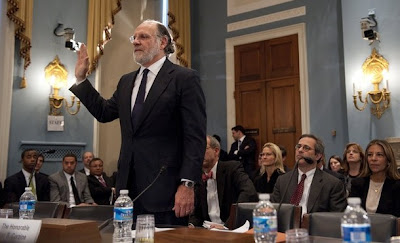 Former US senator John Corzine was brought before the congress to testify about his theft the "loss" of a couple of billion dollars of his customer's money, and channeled a couple of old Steve Martin routines.  First the "I forgot" routine.


You can be a millionaire.. and never pay taxes! You say.. "Steve.. how can I be a millionaire.. and never pay taxes?" First.. get a million dollars. Now.. you say, "Steve.. what do I say to the tax man when he comes to my door and says, 'You.. have never paid taxes'?" Two simple words. Two simple words in the English language: "I forgot!" How many times do we let ourselves get into terrible situations because we don't say "I forgot"? Let's say you're on trial for armed robbery. You say to the judge, "I forgot armed robbery was illegal." Let's suppose he says back to you, "You have committed a foul crime. you have stolen hundreds and thousands of dollars from people at random, and you say, 'I forgot'?"  Two simple words: Excuuuuuse me!!"

While what Corzine wasn't exactly I forgot, it's in the same spirit.


The former head of Goldman Sachs said “I simply do not know where the money is or why the accounts haven’t been reconciled” before adding that as CEO of MF Global Holdings, he is ultimately responsible.


Yet Corzine says he accepts responsibility for the firm's risky bets, and its customers' losses weigh on his mind "every day — every hour."

Poor baby!  I bet there's a lot of people who would like to introduce him to things to weigh on his mind, like a Looney Tunes-style anvil dropped on his head. 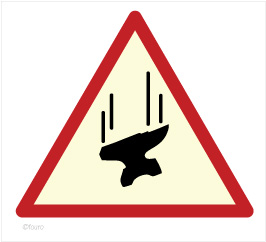