When Is It Your Responsibility?

In last night's kind of long comment thread on the President's "compromise", commenter Doug Indeap asks an interesting and kind of deep question:


How long do you suppose a dollar remains Catholic after a religious employer uses it to pay others and they use it to pay others, etc? At some point, some might rightfully regard that dollar as theirs to do with as they will--without regard to the religious views of others who once had it in their hands a transaction or two earlier.

By analogy, let's say Fat Tony thinks Joey Bagadonuts needs to be whacked, but doesn't want to do it himself.  Instead, he pays Guido the Neck to kill him.  Is Tony responsible?  Our legal system would say that Tony is a murderer.  If a bunch of mafia Dons thought Joey needed to be whacked and they all kicked in money, would Tony still be responsible?  I believe the answer is yes.

This is one level away.

Now, let's say that the money Fat Tony paid came from his honest dealings as a concrete overshoe contractor.  Is the person who paid Tony for concrete work culpable in any way?  I believe the answer is no.  If they paid Tony with no knowledge the money would be used to whack Joey, and didn't intend for it to be used that way, the trail of responsibility stops with Tony.

So it stops at one level.  Usually.  If someone paid Tony knowing and intending for him to use the money to put a contract on Joey, then I think they're responsible, too.  But I don't know of any examples of something like that. 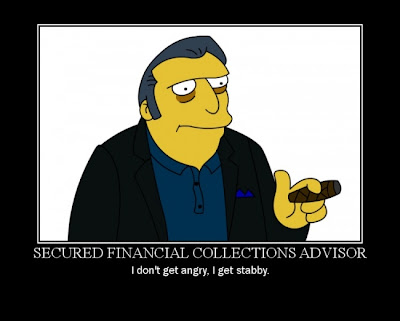 So the culpability for paying someone to perform a criminal act for you probably depends more on your intent than a simple transaction count.