Why Hit the Catholics Now?

This has been bothering me, in the "this just don't make sense" way. Why does the administration go after the Catholic church, one of the largest institutions in the country, in an election year when any conventional wisdom has to say they're on the ropes?  Are they supremely confident, naively stupid, or maliciously evil? (It's possible to be any combination of all three!) 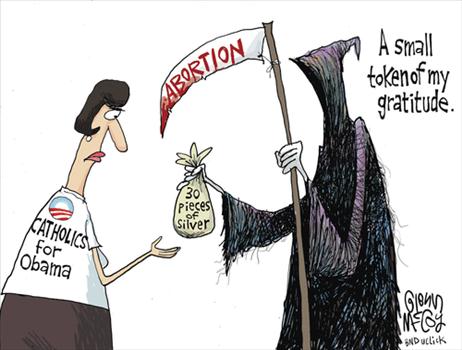 Back in '09 some Catholic groups were big supporters of Obamacare.  They got their 30 pieces of silver in savings for Catholic hospitals and charities - fewer uninsured.  They accepted taxpayer funding of abortions to get that silver.  Now they're being ordered to provide contraception, another violation of church teachings.  (Confidential: if you're a Catholic leader who advocated for this, while emulating Judas Iscariot goes a bit far, it's a good principle - the industrial equivalent is resigning). 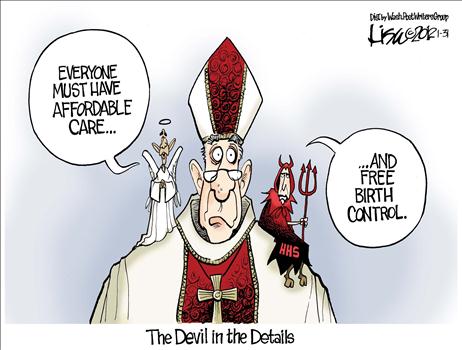 I'm not Catholic and don't really understand their doctrines, Ann Barnhardt is a better source for that, but when the US government starts forcing their religion (a secular fundamentalism) on churches it gets my attention.  The feds do everything short of calling in the SWAT teams and shooting dogs if some kid so much as sings Silent Night at a school function, but it's fine for them to shove their morality on people who are opposed to it?  After observing this since Roe v Wade was passed, I've come to the conclusion abortion is sacred to the secular fundamentalist, perhaps their only sacrament.  They have no higher goal than ensuring abortions for everyone - especially if they're paid for by people who find it morally reprehensible.  Bookworm Room puts it this way:


Whether you support a woman’s right to have an abortion or not, surely anyone who is intellectually honest must see that it is morally wrong to make a religious institution fund it.  To use an extreme analogy, this is the beginning of a continuum that ends with Jews being forced to dig their own mass burial pits before being lined upon along the edge of those pit and shot.

This is an assault on all religions, all faiths.  I will stand with the Catholic church.

But, again, why now?  Why in an election year?  I can only offer some hypotheses.  First is that they think the membership of the Catholic church doesn't care that the government is doing it; that the membership is much less doctrinal than their leadership.  Second: they are so contemptuous of people of faith that they want to ruin them, and that means break down that faith.  As a weaker example, Obama's campaign speech in the national prayer breakfast yesterday, where he tried to say that Jesus wants the rich to pay higher taxes, quoting a well known verse from Luke - 12:48 - and in a stunning two-fer, got both the economics and the theology wrong.  A necessary conclusion from 2 is that they want to hurt the people of faith so badly, they don't care if it hurts their election chances.  Approximately 22% of Americans self-identify as Catholic; does the administration think they can throw away the votes from half of them?  A quarter?  All of them?
Posted by SiGraybeard at 11:07 PM