Remember the Hindenburg Omen?  For the 5th time in the last seven trading days, 5 times since last Monday, the sign has appeared.  The omen is a set of market technical indicators which precede many (but not all) market collapses.  To borrow a concise description from ZeroHedge:


As a reminder, the 5 criteria of the Omen are as follows:


For the 5th time in the last 7 days, equity market internals have triggered an anxiety-implying Hindenburg Omen. Based on our data, this is the most concentrated cluster of new highs, new lows, advancing/declining based confusion on record.  The last few occurrences have not ended well (though obviously not disastrously) but as the creator of the 'Omen' notes, the more occurrences that cluster, the stronger the signal.

StockTiming, the little freebie market newsletter I get, has been pointing out the subtle changes in the market over the course of the last month or so.   Look at the bottom half of this chart, which shows the institutional buying and selling action.  These large companies essentially set the direction of money flow into/out of the market and that means they set the overall direction of the market.  Since early July, they haven't increased their buying as they cut their selling.  See how selling (red) drops off - selling dries up from mid-June to the end of July - and buying (blue) was level through much of the sell-off and then started dropping off. 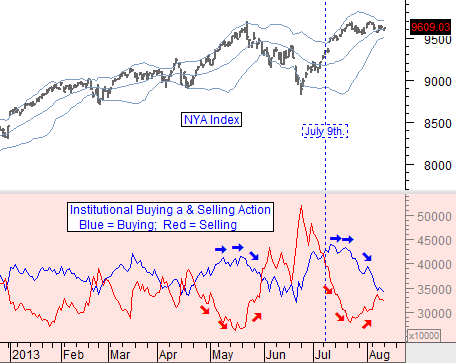 The big institutions know that they set the direction of the market and if they sell off too fast, they can start a panic.  Remember the announcement back in mid June that the Fed may start "tapering" (shutting down) their money pump?  That's the massive spike in selling in June - but it was preceded by a downturn in buying and increase in selling (reacting to a rumor?).  After that nervousness, they seem to have adopted a "don't make waves" policy.  They aren't selling off too much, but they sure aren't buying either.  I see that as they're limiting their potential losses.  Notice how the NYA index (top curve) has been trading pretty much sideways since about July 15th?

The analogy I see is unwinding; slowly discharging the battery.  Just waiting on the next money dump from the Bernank? 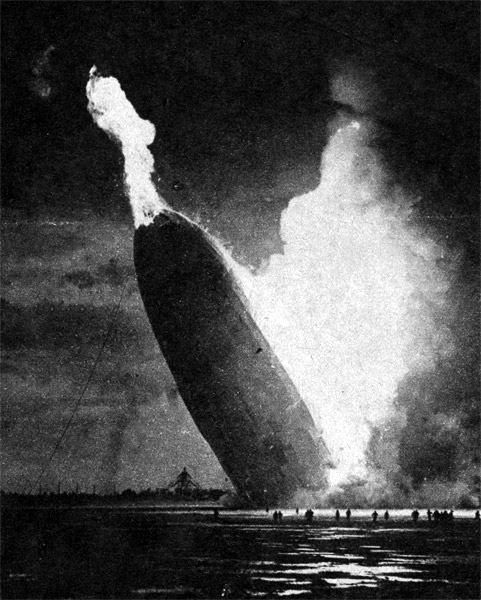 How big a correction are we likely to see?  And exactly when?  Opinions vary, but a 5 to 10% drop in the markets seems to be what they're saying.  When?  Funny how so many market crashes have happened in September.  Which means essentially in 2-4 weeks?