Techy Tuesday: Pollution is a Resource In The Wrong Place

A high school or junior college science teacher once laid that thought on me.  It was in the days when phosphates were first taken out of laundry detergents and the discussion was about how every fertilizer carried a label that details how much phosphate they provide.  It stuck with me because it's a good way of thinking.

The thought is strong with the folks at NASA trying to figure out living in space on long duration missions.  One of the fundamental things in the environment we need to shield astronauts from is high energy cosmic rays.


Radiation effects on the human body can’t be sufficiently attenuated by something astronauts might wear.  We know that the only thing that’s going to protect astronauts is more structural mass between them and the radiation environment of space. The problem is that it costs money to launch mass.  We spend millions of engineering hours eliminating mass.

Another fundamental problem we have is we have to feed them.  While research into closed ecosystems for growing food in space is ongoing, we still basically send up food by rocket. And there's that other problem with food.  What do with it once it has been used...


Possible solution: astronauts spend a certain amount of time every day eliminating mass in a different sense—as fecal matter.  What about using fecal matter to build up mass on the walls of the space station?  Turns out, that’s the plan.  Now, if the class will stop snickering, I’ll tell you about it.

HTI Water Technology has pioneered a technology called "forward osmosis" that is not only useful here, it may be useful for all of us everywhere.


This is a somewhat mature technology, in that it has been successfully commercialized. HTI originally developed forward osmosis for “cold” concentration of food and beverage products, beginning with projects at Oregon State University and The University of California at Davis. In fact, you can buy products today.  Typically, these take the form of plastic sacks.  At Ames, Michael Flynn, the lead of NASA’s Water Technology Development Laboratory, told the Littelfuse Speed2Design group that Forward Osmosis “Hydro Packs” are deployed at disasters like Haiti’s 2010 earthquake and distributed to U.S. troops in the field.

As Flynn described it, using a Hydro Pack is so simple it doesn’t require written instructions. You just scatter them on the ground where there may be suspect water and they will start to work.  The next day, you stick a straw in the clean side and drink slightly salty water.

Read that last paragraph again.  Scatter these little plastic-looking bags on the ground where you suspect dirty water will be, and by the next day water will migrate into the bag, and during the migration the bags will purify it enough for you to drink. And then go read the whole thing on how they might protect the space station and other craft from radiation  by covering them in bags of feces after the water has been removed. 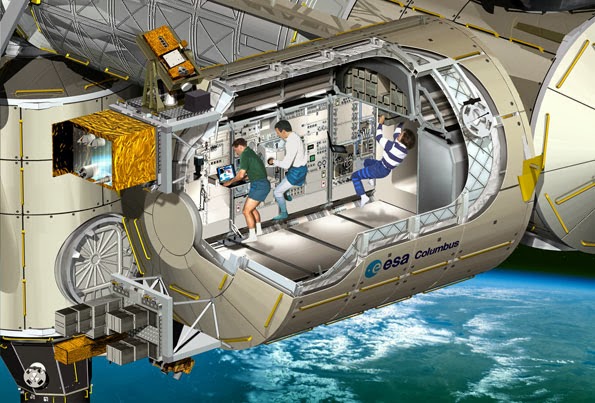 Kinda ruins that image of the gleaming spaceships in Star Trek and all those movies, dudnit?