Of course they don't say that, they just say they've adopted negative interest rates.  For the entire lives of everyone living today in the EU or the US, we've been able to deposit savings in a bank and earn a modest but guaranteed interest on it.  Like many of us, I'm sure, when I was a tiny child (6 or less),  parents or grandparents opened a passbook savings account for me in my local Savings and Loan bank.  In the days of the gold standard, the interest was earned simply by charging interest on loans and paying a portion of that interest to the people with savings accounts.  This is the way we all learned it; the way it was immortalized in the movie "It's a Wonderful Life".  Without a gold standard, it's a bit more complicated than that, but not worth going into now.

The point is that's not the case anymore, at least in Europe (for now).  Starting today, you will have to pay for the "safety" of a bank.  The ECB has developed a plan to charge customers for keeping their money in the ECB.  Let me share what I absolutely love about this (emphasis added):


The European Central Bank on Thursday cut interest rates and took a raft of unconventional steps to prevent the 18-country eurozone from sliding into a bout of deflation that could kill off a muted economic recovery.

Of course they're unconventional steps!  If they worked, everyone would be doing it all the time!!

Technically, the ECB is just charging banks to deposit money with the ECB and they speculate, "Time will tell whether cutting the deposit rate will encourage banks to increase lending, ... or whether banks will treat this as a cost of operating and simply pass it on to consumers and businesses."  Hahahahaha!  I wonder if people, faced with losing money on savings, will pay to keep their money in banks or resort to stuffing it in the mattress?  If you have a relatively small amount on deposit, you could do that.  If you have large deposits, your cost of doing business just went up.


I give this move by Draghi a half-life of anywhere from a few hours to a few days.  The simple fact is that false "growth" that results from pyramiding debt leverage is a fraud and eventually must and does end for the simple reason that you ultimately wind up exactly where Draghi is -- you are forced to destroy nominal funds through negative rates if you keep attempting to press your foot in the accelerator.

This brings into immediate and irrefutable focus the factual act of destruction of purchasing power that has and is taking place.

That "destruction of purchasing power" that's taking place is due to the inflation the central banks are creating.  Remember: it has been said that our own Fed Head, Janet Yellen would like negative interest rates here.

If you ever wondered about differences between what central bankers see and the reality we all experience, this underlines it.  They're doing this to deliberately create inflation; they're scared to death of deflation.  I ask you: would you object if the next time you bought something, prices were a little lower instead of higher?  Yeah, I wouldn't like my pay to go down, but it wouldn't sting as much if prices were going down.  All of these effects: inflation, deflation, and negative interest rates are the results of central banking. 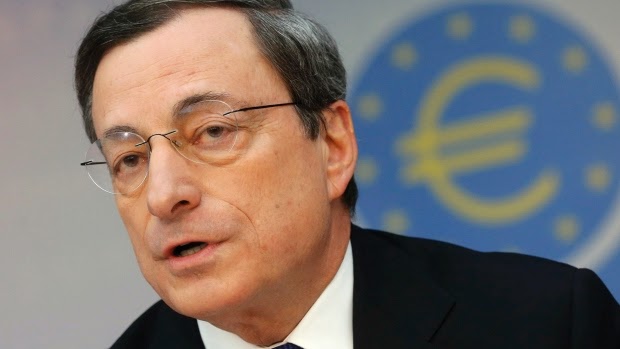 My guess is that this one of those events that changes everything.  I don't think for a minute that it can't happen here: you'd better believe it can.  What would you do if they told you they were going to charge you interest to put money in the bank?  One thing for sure - and I've said this forever - savers are going to be destroyed.  They're desperately trying to destroy savings to get that money into circulation, which they believe fixes everything.  If they have to destroy us, hey: omelet, eggs.  You know the story.