Life in Florida - What They Don't Tell You

22 year old Jessica Vaughn was tubing in the intracoastal waterway close to downtown Ft. Lauderdale and was bitten by bull shark.  This screen cap of the area in Bing Maps shows just how densely populated the area is (the blue dot marks where she was pulled from the water and ambulance called): 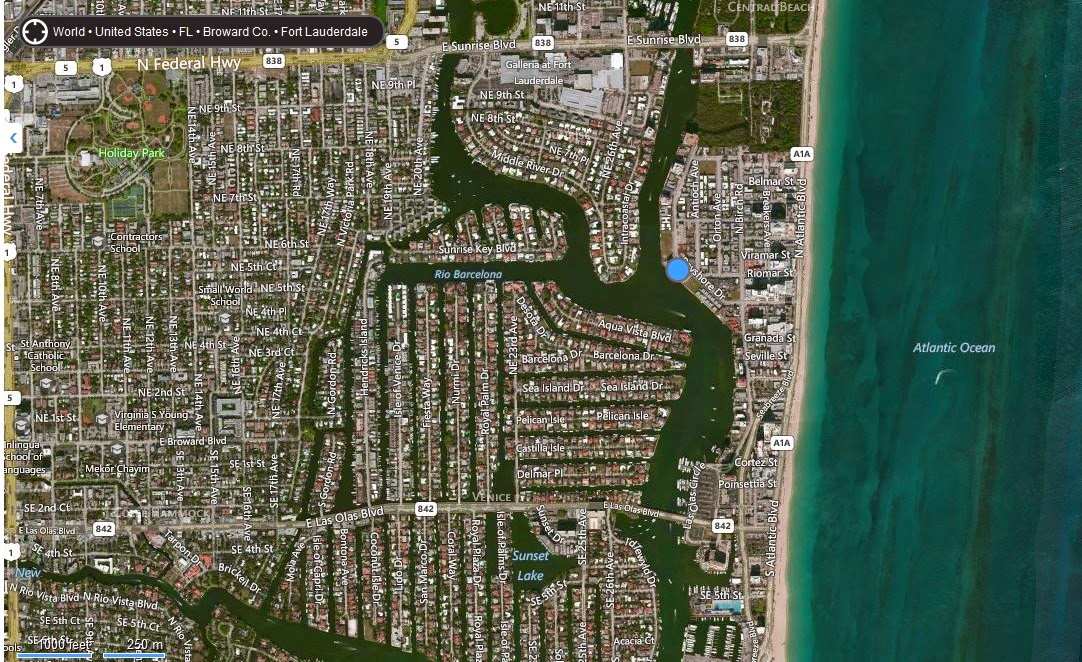 One of her group claimed to know the shark to be a Bull shark by sight.  I wouldn't doubt it.  First, Bulls are known to go into water much fresher than that spot, which is around three miles from Port Everglades inlet and the ocean.  Second, Bulls are known to be aggressive biters and known to be behind many inshore shark attacks.  Third, that wound absolutely looks like the bite pattern of a Bull! A set of pictures on the Daily Mail show the underside of her calf where each and every tooth mark is visible.   Thankfully, surgeons were able to repair her wounds and she was discharged from the hospital. 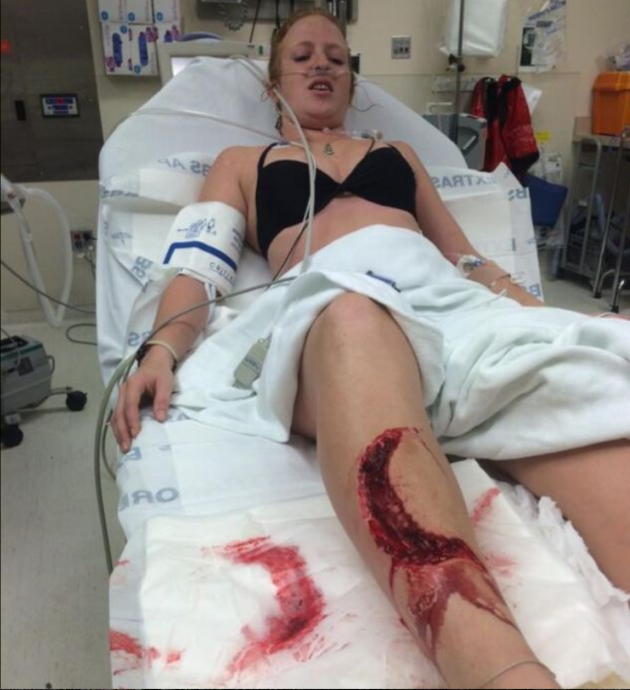 As a science nerd who spent a lot time in the water, I read all the research available on shark attacks as part of year long "open research" class I was allowed to take in my last year of high school.  Based on that I'd say this attack has the look of a "hit and run" type of attack.  The shark took a bite to decide if she tasted like food and then spit her out.  Possibly mistaken identity: the shark thought her leg was a fish or some other natural prey, took a bite and thought, "not food".  If that shark had really wanted to feed, I suspect it could have taken her lower leg off.  There's an old observation among shark researchers that if a large shark is successful in an attack, you get a missing person report, not a shark bite.  At an estimated four feet long, this one wasn't big enough to make her disappear, but she's still lucky.

I live within about half mile of the Indian River lagoon and Bull sharks are regulars in the lagoon.  The water is much less tidal and salty than where this attack took place in Ft. Lauderdale, but that Wikipedia article shows Bull sharks go into completely fresh water.  You need to know that most shark attacks happen in relatively shallow water (because most people stay in shallow water) and in dim light.  Either at night, dawn or dusk, or in dark or murky water, like this incident.  Wading at daybreak casting the saltwater flats while trailing a stringer of fish is begging to be hit by a shark.  If you go wading, put the fish in a cooler or plastic tub or something that keeps them from making sounds or putting out a scent trail in the water.

I saw a commercial that featured some folks surfing at night.  That's more dangerous than daytime surfing anywhere that I know of.  Swimming at night isn't any better.  Yeah, I know, people do it all the time.

One of these days, I'll tell you some alligator stories.  All Floridians have some of those, too.

Posted by SiGraybeard at 3:46 PM