Various news sources are reporting that a field containing about six years' worth of the world's annual usage of helium gas has been found.  The interesting line in this article is that nobody apparently searches for Helium.  When they need some, they know some areas to look and that's about it:


The discovery in Tanzania is the result of a new exploration approach for the precious gas that is essential to spacecraft, MRI scanners, nuclear energy, according to the Oxford University statement. Helium also fills party balloons.

The intense Tanzanian heat appears to have broken down helium bearing rocks deeper in the crust, allowing the gas to escape.  Helium is hard to mine for a couple of reasons: first is that it's essentially inert and nothing can be used to react with it and capture it; second, it's a tiny molecule that can escape very well-sealed containers.  What's left in the earth's crust is from atomic decay of heavier elements giving off alpha particles.  The helium is probably left over from the formation of the solar system. 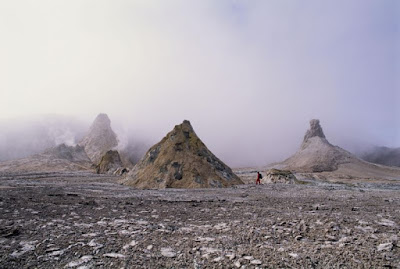