The Agendas Hit Before the Blood is Dry

It's really disgusting, you know?  Here we are, reeling from another terrorism attack, and every agenda-driven group or even person sees it as an opportunity to pimp their cause.

Some random headlines from the Daily Caller:

Reddit Bans Users, Deletes Comments That Say Orlando Terrorist Was Muslim
(Silly people - just re-posting comments from the police on the scene as if they know something)

It Didn’t Take Long For WaPo To Spin Orlando Terror Attack As A Gun Control Issue
(Of course you knew they were going to come dance in the blood - that's 100% predictable)
(Not sure if they were before or after Hillary to demand more gun control.)

ACLU Blames Christians for Orlando Terror Attack
(for not baking ISIS a cake?)

Democratic Senator Blames GOP for Orlando Terror Attack
(It wasn't a lone wolf ISIS-inspired terrorist!  It was a group of small businessmen!)

Perhaps the most disgusting headline:
Islamic Attacks Have Now Killed Twice As Many Americans As Right-Wing Terror Since 9/11
(First, it's not a game and we're not keeping score.  Second - wait - what Right Wing Terror attacks?  I looked at the list the quoted website is referring to and I call bullshit)


I typically don't go looking for information on the terrorists because these things are always tentative early in a story.  First reports are always wrong.  I never use their names because I never want to give them even the tiniest amount of the fame they're looking for.  But this one is complicated.  There are reports that the guy is an American citizen by birth, and was currently working as a security guard.  He had a valid concealed carry license (in Florida, they're called a CWFL).  To get one, applicants need to pass a Florida Department of Law Enforcement background check, submit fingerprints to trace and "demonstrate competency with a firearm" (a bit controversial because some gun show courses literally have the applicants fire a single shot).  It's reported he legally bought his two guns, which appear to be a Glock and generic AR-15, last week.  He passed the background checks they say we need.

In short, any gun control measure that would have stopped him would prevent any American with the most pristine background from buying a gun.  Only the total ban and elimination of every type of firearm in every country on earth would prevent him from getting a gun.  That's physically impossible.

The only thing that can stop an attack like this is the department of Pre-crime from Minority Report - and that was science fiction. 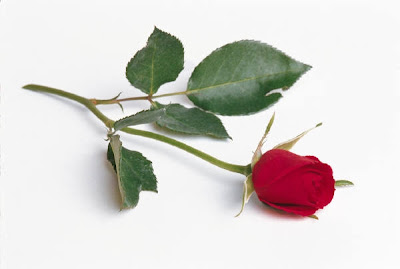 My heart goes out to all the victims and families in this most-horrible of times imaginable.  I'm sorry you have to see these ass clown politicians behaving like they do.