I've been reporting on the EPA's proposed 54.5 MPG CAFE standard since it was proposed in 2012 (to take effect in 2025).  So it only seems appropriate that I should cover the demise of that mileage standard that has occurred this month.

So while I've been watching this subject whenever it pops up in the news, I don't expect readers to know the important things off the top of their heads.  Allow me to summarize for you.
The fundamental problem is that the world didn't comply with the 2012 EPA predictions.  Gas prices aren't over $5/gal and climbing.


The problem is that the projected fleet makeup for 2025 was based on the oil prices in 2010 to 2012, which were before fracking revolutionized US energy production and drove oil prices down.  Low gas prices have precipitated a strong consumer shift from cars to light-duty trucks and SUVs; American consumers love their larger, more capable vehicles. The shift to more trucks makes it more difficult for the industry to meet the government’s 2025 gas mileage target.

When the 54.5 mpg limit was proposed, the regulators assumed the public would buy 65% cars and 35% trucks.  In reality, the mix being sold is the exact opposite of that.  The math says that if they're selling 65% trucks to 35% cars, the fewer cars have to be very far above 54.5 MPG to bring the fleet average up to that number.  (The trucks need to be as good as they can be made, too).  I think most people are aware that the top three selling vehicles in the United States are all pickups: the Ford F-150, Chevy Silverado, and Dodge Ram.

Of course, that's often a problem with these big government programs: the world doesn't unfold as they assumed, at least partly because they based their predictions on improper samples of the country.  Not everybody lives in a big city and drives a small car.  A pickup or SUV can simply do more than a sedan, and some people want that capacity.  Timothy Benson at the Daily Caller has a lot of choice observations on the insularity of the people forcing decisions like this on us.

The overwhelming problem with achieving the CAFE 54.5 mpg average, though, is that the real world doesn't take orders.  The only place the laws of physics can be broken is in TV commercials and cartoons.  A bureaucrat can't just say, "you must make every vehicle twice as fuel efficient" and have thermodynamics suddenly change - as much as they might think they can do that.  The internal combustion engine has been optimized as a system for a hundred years, and nobody is suddenly going to make it 70% more efficient (the difference in CAFE standards from now to 2025).  To deliver the power needed to move big things requires long piston strokes and large pistons, which means large engines.  Instead, to reach the new standard the small cars averaged in the car maker's fleet will get lighter, with more plastics and thinner metal structures. They'd be less safe. The new standard would cost more lives.

A real half ton pickup, like the big three mentioned above, that got twice the current MPG for the same price would be snapped up so fast it would set every truck sales record imaginable.  Nobody's against that.  We're just against being forced to pay more for a flimsier, less safe vehicle than we save by buying it, and we're against getting stuck with a vehicle that doesn't do everything we need it to do. 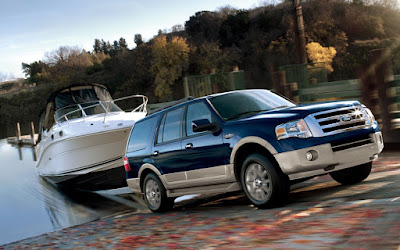 Things you won't do with your Prius, courtesy Truck Trend Network.