Today is Important For Another Reason

Yes, it's Pearl Harbor day, the day that will live forever in infamy.  A moment (or several) of reverent silence and gratitude is totally appropriate.  It's also a very important day for a completely different reason.

Today is the 50th anniversary of the start of the Apollo 17 mission, the last Apollo mission and the last time people from anywhere on Earth traveled to the moon, explored and came home.  Launched at 12:33 AM ET on December 7th, 1972, the mission featured a geologist as the lunar module pilot, Harrison "Jack" Schmidt.  The Mission Commander was Eugene Cernan, and the Command Module Pilot, also known as the loneliest man in the solar system, was Ron Evans. 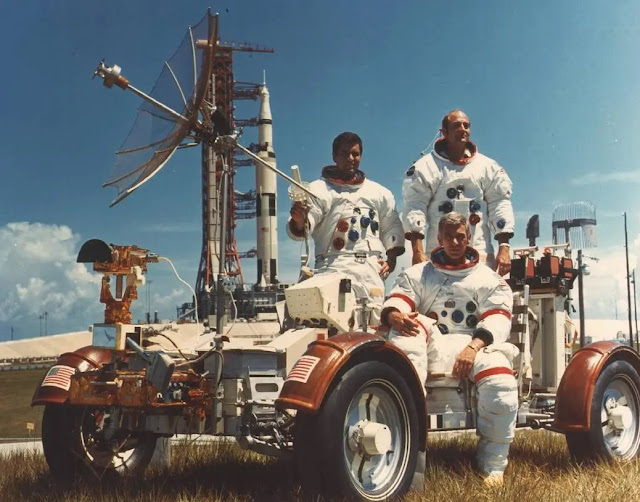 For a lot of years, I've marked the date of Apollo 11's first moon landing and first steps on the moon with a meme that "Dr. Meme Generator", Aesop of Raconteur Report, created.  It refers to that day as being "Peak of Western Civilization Day."  While there are other potential candidates for that name, it's a good tag.  I think that tag could conceivably go with the launch of Voyager 2, now in its 45th year of a four year mission, but having people involved - manned missions to the moon - adds something.  That's all just discussion fodder, though.

I'm at a loss for a similar name for Apollo 17.  It's certainly not the Nadir of Western Civilization; Western Civilization is still doing pretty well, comparatively speaking - witness the vast number of immigrants flooding into Europe and US.  It's just that the slope of decline, which was already happening between 1969 and 1972, seems to have tilted downhill a bit more.  The end of Apollo was an inflection point as the new dark ages (sometimes called "the endarkenment") approaches, but there have been other inflection points, some making the decline slower, some making it faster.  There will be more inflection points.

Perhaps we should just refer to the Apollo program itself as the Peak of Western Civilization.

I originally thought that instead of talking about Apollo 11 this year, I'd talk about this mission considering it the bookend milestone to that first landing.  Rather than a "mention something every day," approach, I'm anticipating a few smaller pieces along the way.  Today was a busy day, between launch and beginning the three day ride to the moon.  I don't anticipate much to say for a few days.

This is a "big deal" event and there are many places to look for details.  The local newspaper is renamed and reorganized version of the local fish wrapper during Apollo 17.  They may even still have people working or contributing there who were working there during the mission.  They have a picture rich feature story on the mission, "Apollo 17 at 50: Only night launch, last words from the moon, and a MacGyver fix."  There's a NASA webpage dedicated to the mission, but it doesn't seem to have been completed.  Called The Apollo 17 Flight Journal, it's well-detailed with audio clips and transcripts for today, but stops at Day 5 before they even landed on the moon.  That page directs to Apollo 17 in Real Time.  They're apparently suffering overload of viewers tonight and the site has crashed.  I was there earlier this evening and earlier in the week.  There's a single page summary of the mission at Watts Up With That, called "Apollo 17: 50th Anniversary of the Most Successful Manned Space Mission… So Far" written by a geologist and emphasizing some of the geology that the mission discovered. 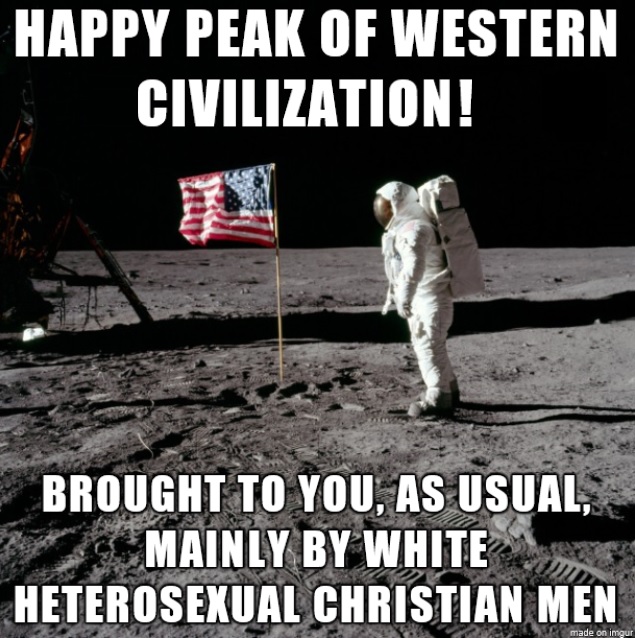