The jobs numbers came out today.  You probably heard that 431,000 jobs were added, but at least 411,000 of them were temporary census jobs.  And since there are many reports of census job numbers being faked (people being hired, let go and hired again, to count more), it's possible that's not true either.


So there's a possibility that the real economy generated 20,000 jobs last month.  The fine folks at CalculatedRiskBlog give this analysis. 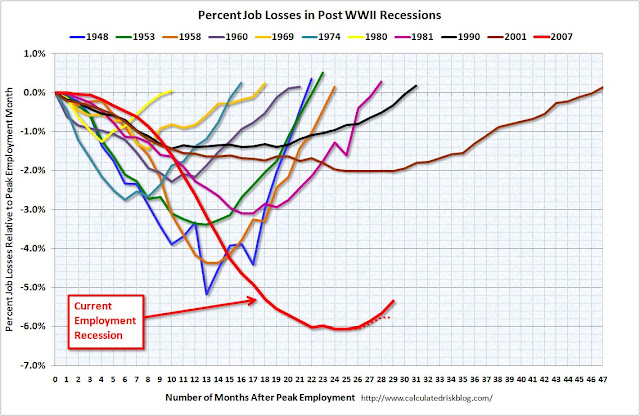 
Have we turned the corner, yet?  What about the W shaped recovery people were talking about?  It seems we can say we've hit the bottom.  After that, it should go up.  I don't know how to predict the rate.