And Now How My Gorge Doth Rise At It

to borrow a little Shakespeare...

I think the public employees unions are in the process of screwing the pooch, as they say up the road at the rocket ranch.  The number of people outraged at the circus going on in Wisconsin is pretty large and seems to be growing. As the problem spreads into Ohio, Indiana and the rest of the states with budget problems, more "regular" folks are going to get mad and counter protest.

Unions for public sector workers were even opposed by FDR.  It can't work.  Now you have an elite class, earning more than the people paying their salaries, on average.  I hear lots of people calling for every striking union member to be fired. 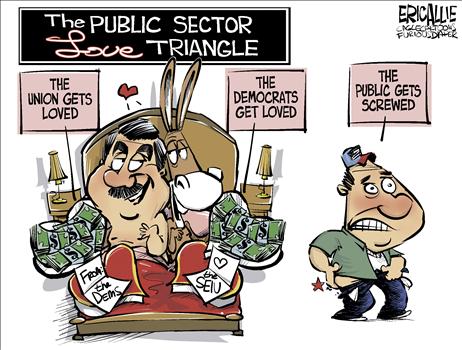 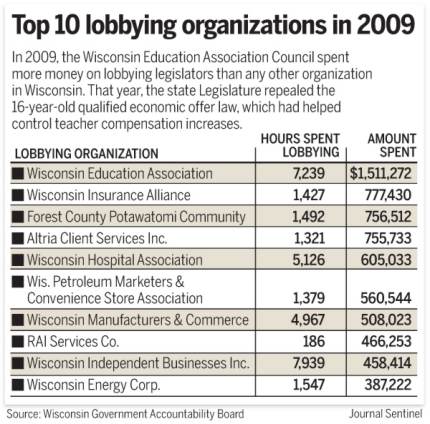 When the Wisconsin Education Association donates $1.5 Million to get legislators elected, that is the same as getting their contract.  You can't consider teacher contract negotiation as being in good faith - both the unions and the state are guilty of conflict of interest. It is fundamentally conflict of interest to appropriate dues money (i.e., "steal" if you or I did it) to get congress critters elected so they will give you fat contracts.

No more public employee unions!  End it now!
Posted by SiGraybeard at 10:31 PM