Could We Be Looking at the Start of the Next World War?

Viewers and listeners of Glenn Beck's programs on the radio and on TV are aware that Glenn thinks the unrest in the Middle East is probably going global.  He maintains the Mideast, most of North Africa, and possibly as far as parts of Europe and Asia, will become an Islamic Caliphate.  The civil war that results from millions of Muslims in the UK, France, Spain, Germany and the rest of the EU seeing the chance for an Islamic state and fighting in the European streets will collapse it while the oil price gyrations destroy the US.

Pretty bleak.  But Bayou Renaissance Man posts the intriguing idea that this could be the lead-in to the Biblical Armageddon. 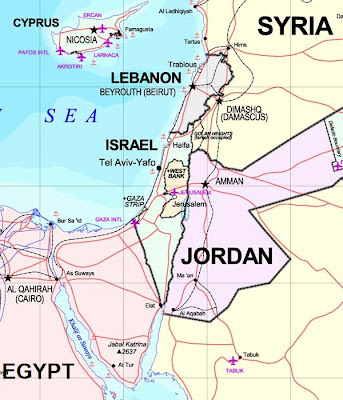 Is that going to happen?  To borrow my favorite science quote, "Prediction is very hard, especially about the future".  But it's not a real long reach, either.


Israel now finds itself in the extraordinarily dangerous position of having avowed enemies, both political and (fundamentalist) religious, far to the East (Iran); to its north-east (Syria); north (Lebanon); south-west (Gaza); and possibly to the south (Egypt) if the Muslim Brotherhood or its allies take control there. Furthermore, to the east is an unstable, unpredictable and politically (if not militarily) hostile Palestinian government in the West Bank.

Israel is a nuclear power.  Iran probably isn't at this point, but it's not completely absurd to think that Iran could have bought a couple of nukes from the North Koreans, just for "special occasions".  Imagine Israel, isolated and alone, surrounded on all sides by nations that want it destroyed.  Burning bright in Israeli memory is the holocaust, and that this must never happen again.  That to die fighting is better than being carted to the chambers again.  That the determined small group in the Warsaw ghetto held off the Nazis longer than the nation of Poland did.

The Israeli papers are not mincing words:


One comment by Aviad Pohoryles in the daily Maariv was entitled “A Bullet in the Back from Uncle Sam.” It accused Obama and his Secretary of State Hillary Clinton of pursuing a naive, smug, and insular diplomacy heedless of the risks.

and further down the article,


“Throughout Asia, Africa and South America, leaders are now looking at what is going on between Washington and Cairo. Everyone grasps the message: “America’s word is worthless … America has lost it.” (emphasis added)

Now imagine Israel alone, fighting on every front including internal bombings from Gaza and the West Bank, outnumbered by at least 10:1.  No help from the toothless US.  The Chinese are happy to see the parasites over their (bought and paid for) oil possessions eliminated and the Russians happy to see the Iranian instigators behind the Chechen rebels being killed off.  Neither feels too inclined to help.  Is it hard to imagine Israel would defend itself with everything it has? 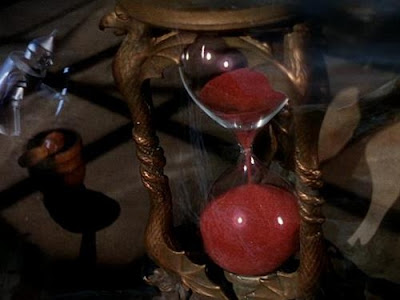 Time is running out.
Posted by SiGraybeard at 8:56 PM