We all know the economic collapse is coming.  It's time to emphasize learning how to do stuff to survive it.

Let's say you wanted to make a model of something like a tractor, a steam engine or  something with bolts or other hardware visible from the outside.  How do you model that?  The problem with shrinking a 1/4-20 bolt, for example is that when you shrink the diameter to 1/5 of it's originals, .050", what do you do about the screw pitch?  To keep it looking the same, the pitch has to go up by 5 to 100.  Ever seen a .050-100 screw?  It's not a standard you can just go buy.  You can use something else, but if you're a serious modeler, it just doesn't look right?

If you're hobbyist Jerry Keiffer, you figure out how to make .050 -100 screws.  I had the privilege of meeting Jerry the one and only time Mrs. Graybeard and I went to a model show, the North American Model Engineering Society's annual show.  The year we went, it was in Toledo, OH, instead of just outside Detroit as it is this year (motto: "Detroit - what a century of Democrat Party leadership looks like").  Jerry is a modest guy, but the work he does will make your jaw hit the floor.

Two pictures will show you some of his work, which is stunning. 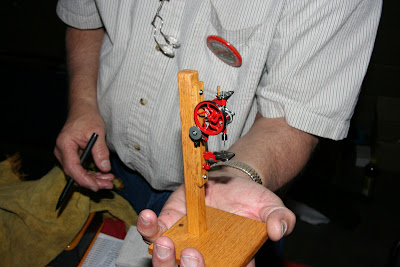 Nice drill press, isn't  it?   (Jerry holding it, BTW)  But what does every drill press need?  A vise! 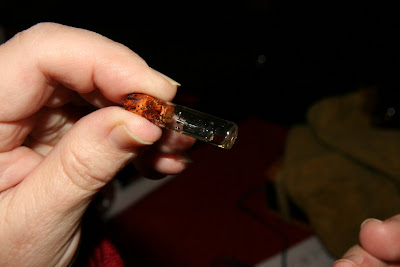 When Jerry posted a photo of a motorcycle model he's making, it prompted a very experienced machinist to quip, "Gosh, Jerry.  Where'd you get the giant quarter?" 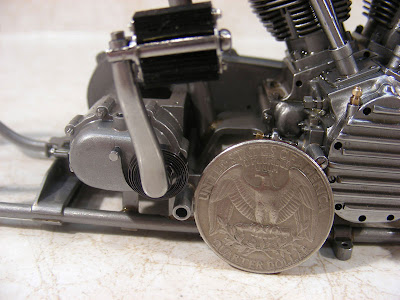