Selfie Of the Day

From Curiosity, one of the robotic rovers on Mars in celebration of its one year anniversary on Mars.: 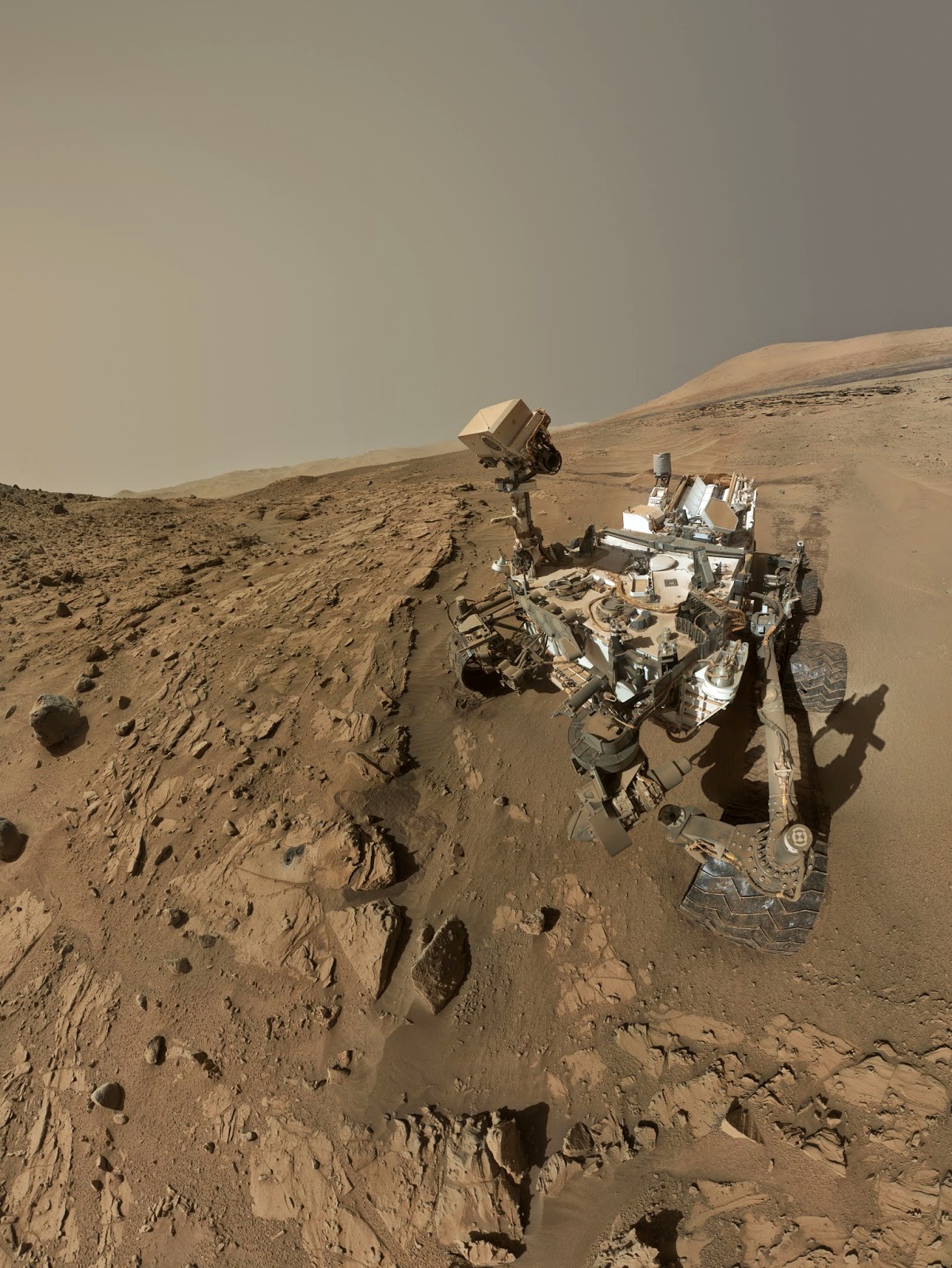 Not an Earth year; the large rover (longer than a Smart Car at 10' long and heavier than one at 1982 lbs.) has spent more than one Martian year, 687 Earth days, on the Red Planet.  APOD says:


The mosaicked selfie was constructed with frames taken this April and May using the rover's Mars Hand Lens Imager (MAHLI), intended for close-up work and mounted at the end of the rover's robotic arm. The MAHLI frames used exclude sections that show the arm itself and so MAHLI and the robotic arm are not seen.

If you look to the left of that wheel sticking forward, just onto the flat rocks, you'll see a dark gray deposit.  That's some rock dust from the probe's drill and the hole is also visible.