After the fun show, the rest of the weekend was dedicated to getting my reloading stuff moved out of the tiny space it was in over to the larger quarters.  The hardware is out there, but not all of the supplies. 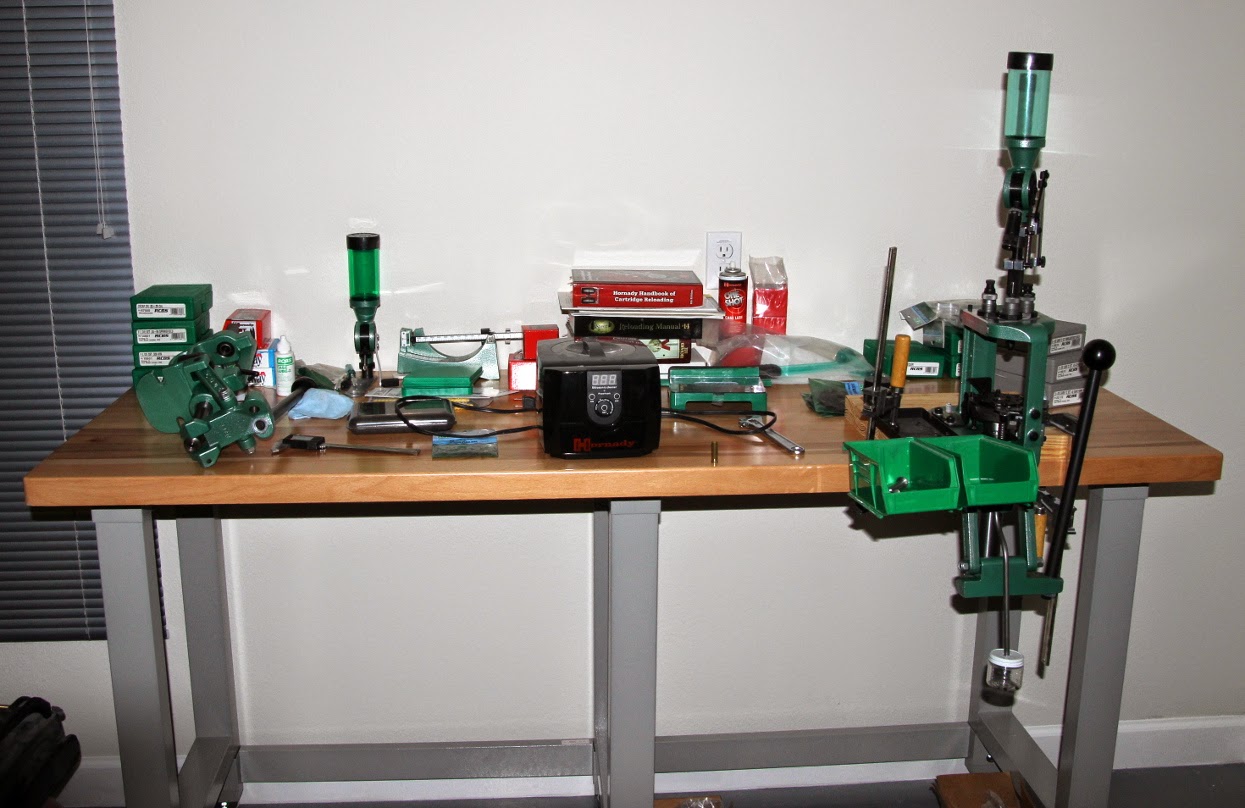 Not an ad for RCBS, but my progressive press is on the right, temporarily held in place by some woodworking clamps.  The single stage Rock Chucker is over on the left, lying with its base facing the camera.  Dies, some tools, some bullets and odds and ends complete the picture.  I need to play around with how it feels for a while and decide exactly where they go before I go drilling holes to mount the presses permanently.  I've been looking at pictures of how other folks do this, and all I can say for sure is that I want some more storage.  I'll probably build a set of shelves, say, two or three shelves tall and just about the length of the bench.  I could also use storage for miscellaneous small parts I have.  Maybe a set of drawers or maybe a small cabinet to go under the bench.

Like reloading itself, building the area will be a series of steps and I'm just at the beginning of the trip.

As always, I'm open to suggestions.