The Winds of Change Are Blowing

This is probably going to sound strange, but last winter it occurred to me that I could really retire in the not too distant future.  Retirement had always seemed like a remote possibility, something "out there somewhere" that I saved for but didn't do much more about.

Starting around March or so, I started paying more attention; studying how I might retire.  In April, Major Avionics Corporation brought in a representative of MetLife to do four one hour seminars on retirement planning, one each week for the month.  Those really got the wheels turning and I spent more time trying to figure out how I could retire next year.  The two target dates were possibly early February when I turn 62, or on my service anniversary, April Fool's Day.  It was starting to look like I could really do this.

In many ways, Mrs. Graybeard and I have been preparing for this for years - besides the obvious savings plans like 401ks.  To begin with, we got ourselves debt free.  We paid off our house early, and within the last two years, especially, have been systematically going over the house and doing anything we could to preempt any major expenditure in the next year or two.  Two years ago we embarked on a four year plan leading to retirement in 2018.  That was the counterargument to retiring in '16; I have a plan so part of me says "plan your work and work your plan".

In the last three or four weeks, all of that planning has been upset and thrown by the wayside.  The company announced that we've become overstaffed due to a slowing in the small jet sector (example): both the smaller business jets like the Gulfstreams and the 50-100 seat regional jets like the Bombardier models in that previous link.  To cope with that unbalance, they decided to offer incentive plans and a cash bonus to accelerate retirement for older workers who were within a year or two of leaving.  I qualify for the plan and put in my papers this week.  No, I don't have as much saved as I'd like, but I wonder how often that happens in real life.  It will be a reduction to our lifestyles, but not something we haven't been anticipating and planning for.

The aviation industry, really like all of industry,  is trying to come to terms with how they're going to handle the loss of experience and knowledge they're going to see in the coming wave of baby boomer retirements.  Our company has apparently decided to just get it over with; just rip off the band-aid quickly, to use the old cliche'.  Hi.  I'm your band-aid.

I'll be leaving before the end of this year: December 18th.  I'll be retired well before my February birthday.  I don't have any real plans, other than to play more, fish more, and not be sleep deprived all the time. 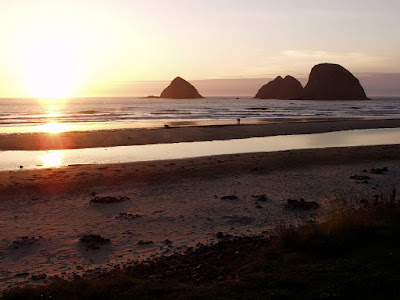