The Times of Israel reports that significant amounts of oil have been discovered in the tiny country, specifically in the Golan Heights region in the north of the country, bordering Syria.


The layer is ten times larger than the average oil find worldwide, Bartov said, “and that’s why we’re talking about significant amounts. What’s important is to know that there’s oil in the rock, and this we know.”


Three drilling sites on the Golan have uncovered what is potentially billions of barrels of oil, enough to fulfill the Israeli market’s 270,000-barrel-per-day consumption for a very long time, the report claimed.

You might recall that a couple of years ago, Israel announced they had discovered a deep offshore oil and gas deposit offshore from the city of Haifa, named the Tamar and Leviathan fields.  At that time, the press were saying:


“The quantity of gas discovered in the licenses, and the high probabilities, make it the third largest offshore discovery to date,” according to Israel Opportunity chairman Ronny Halman, quoted by Globes.

He added, ”This quantity guarantees Israel's energy future for decades, and makes it possible to export Israeli gas, and boost the state's revenues without worrying about gas reserves for domestic consumption."

Sounds like Israel is poised to move from net energy importer to net exporter. Which has to have an effect on global geo- and petropolitics. 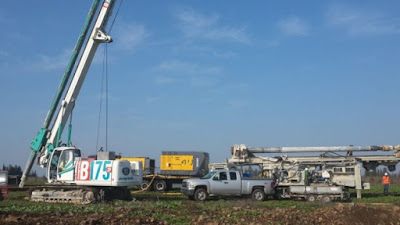