Robert Taylor, 85, passed away from complications of Parkinson's Disease last Thursday, April13th.  This picture is Taylor in an undated photo, but likely from the mid-70s. 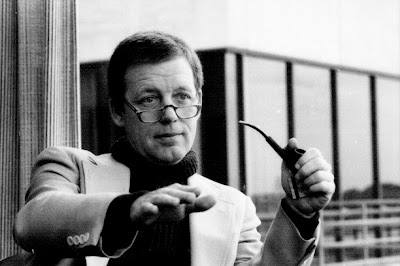 Most people won't recognize the name, but Robert Taylor was one of the people who shaped the computer revolution as we know it.  The Internet can claim many "fathers", and there's no shortage of people claiming they're the one, but Taylor has be considered among the first and most important in the invention of not just the Internet, but of modern computing.


His seminal moment came in 1966. He had just taken a new position at the Pentagon — director of the Information Processing Techniques Office, part of the Advanced Research Projects Agency, known as ARPA — and on his first day on the job it became immediately obvious to him what the office lacked and what it needed.

“I went to see Charlie Herzfeld, who was the head of ARPA, and laid the idea on him,” Mr. Taylor recalled in an interview with The Times. “He liked the idea immediately, and he took a million dollars out of the ballistic missile defense budget and put it into my budget right then and there.” He added, “The first funding came that month.”

His idea led to the Arpanet, the forerunner of the internet.
...
"In a few years, men will be able to communicate more effectively through a machine than face to face," he wrote in a 1968 paper.

Five years late, Taylor was at Xerox's famous Palo Alto Research Center, better known as Xerox PARC, where he was instrumental in developing the Alto computer.  Unique to its time, the Alto relied on a device Taylor co-invented in 1961; the computer mouse.  If I show you a picture of it, I think you'll immediately see what it looks like. (Xerox photo) 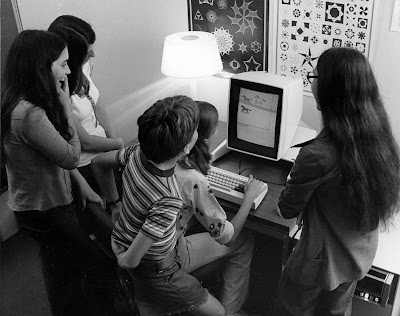 The resemblance to a Macintosh is not coincidental.   Steve Jobs was invited to PARC by Xerox and is well known to have taken ideas almost wholesale. He was the first to successfully market this new paradigm of interacting with computers.


In 1961, at the dawn of the space age, he was about a year into his job as a project manager at the National Aeronautics and Space Administration in Washington when he learned about the work of a young computer scientist at Stanford Research Institute, later called SRI International.

The scientist, Douglas Engelbart, was exploring the possibilities of direct interaction between humans and computers. Mr. Taylor decided to pump more money into the work, and the financial infusion led directly to Mr. Engelbart’s invention of the mouse, which would be instrumental in the design of both Macintosh and Microsoft Windows-based computers.

Robert William Taylor was born on Feb. 10, 1932, in Dallas and was adopted 28 days later in San Antonio by the Rev. Raymond Taylor, a Methodist minister, and his wife, Audrey.


After studying for a while at Southern Methodist University in Dallas, he went on to earn bachelor’s and master’s degrees from the University of Texas at Austin. It was while working on his master’s thesis in experimental psychology that he developed a fascination with new forms of human-computer interaction.

His thesis research focused on how the ear and the brain localize sound. To analyze his data, he had to bring it to the university’s computing center, where a staff member behind a protective glass wall helped operate the center’s mainframe computer. The operator showed him the laborious process of entering his data and his program onto computer punch cards, the standard of the era.

“I was appalled,” Mr. Taylor recalled years later in an interview at the university, “and after I thought about it for a while, I was angry.” The data entry process, he said, was “ridiculous.”

“I thought it was insulting,” he added.

He left the center, went back to his laboratory and used a desktop calculator instead.

At NASA, as the newly elected Kennedy administration was putting the nation on a path to the moon, Mr. Taylor became a friend and protégé of J. C. R. Licklider, a psychologist and computer scientist who had written a pioneering paper titled “Man-Computer Symbiosis.”.  Taylor had read his paper two years after his frustration with the data entry methods of the time, and (of course) it resonated with him.  In 1968, he and Dr. Licklider together authored the paper, “The Computer as a Communications Device,” which drew the broad outlines of how computer networks might transform society.

Taylor wasn't directly involved with the technology, but the laser printer was another idea out of PARC.  Another famous invention from Taylor's group at PARC is Ethernet, something most of use ever day.  In addition to generating revenue for Xerox, the combination of the mouse, the graphical interface and laser printer helped define the modern small office.


In 1999, Taylor was awarded the National Medal of Technology and Innovation "for visionary leadership in the development of modern computing technology, including computer networks, the personal computer and the graphical user interface."

In 2004, he and other PARC researchers were awarded the National Academy of Engineering's Draper Prize for development of "the first practical networked personal computers."

Thanks for everything, Dr. Taylor.