In the early days of the 20th century when radio was being established, the inventors and early advocates of radio couldn't understand how to make their invention work.  Who's going to pay for music brought into their house, even if it's a world class orchestra instead of something they could hear locally? Not just that, how could they arrange the payments?  Somehow the idea was born that radio could be "free" to users, except for buying the radio itself, if they could arrange sponsors to pay for the broadcasting.  The sponsors, in turn, got minutes out of every hour to sell their products.

The result was the birth of interruption-based marketing in radio and that has penetrated to all the successors to radio: TV, and the Internet.  Virtually all of the marketing you're exposed to is interruption-based: commercials on radio, television or in a movie theater; junk mail in your physical mailbox; SPAM in your email inbox; and phone solicitors are all interrupting you to try to sell you something.

Why would anyone think that a computer user, who has just been looking at various websites, or who just found a result with a search engine would want to suddenly sit there for 30 seconds and look at a popup ad?  For that matter, why would anyone think cold calling sales contacts during the people's scant evening free time would be likely to catch someone wanting to drop what they're doing and listen to the call?

The big problem marketers have is that interruption is being limited by technology: ad blockers, script blockers, SPAM filters, video recording to fast forward through commercials, telephone answering machines, and more are making it harder for them to interrupt us.  Good!  I've never bought anything by clicking on an ad, just as I've never bought anything from a door to door solicitor or someone who shows up at my door offering to do some sort of work around my yard.  I don't like being interrupted!

The alternative is called permission-based marketing, and it's just what its name implies.  In principle, it's like the "contact me" forms you may fill out, or the "it's OK to email me" box you have to check off to enter a contest.  Perhaps you're shopping for a car or appliance and you visit several places online.  You click a box giving them permissions and suddenly it's not SPAM anymore.  In the case of Facebook, it's implicit permissions.

An extension of that is attraction marketing, trying to draw you to their product by offering things of value to you; perhaps gun reviews, tool reviews, or perhaps give away content or other things you find useful.  The idea is to attract you to the product rather than push that product on you.  (The CNC website I find I visit the most is CNCCookbook - the owner of that company is very good at this)

The root cause isn't Facebook, it's interruption-based marketing.  They're trying to refine everything a seller might want to know about you into a package that can be sold to advertisers.  They do that by mining everything you do or say on their site, and apparently wherever their tentacles reach on the 'net.  In any case, it's purpose is to refine and limit the number of companies who interrupt you.

I'm a free enterprise guy, and I don't begrudge the companies trying to figure out who might want their products or services, but I jealously guard my time and don't want to be interrupted.  In turn, I don't want to interrupt other people.  I can easily put myself into the position of the company.  I only want to be contacted by companies I allow the privilege of contacting me, but how do I know I've allowed everyone who I really might like to hear from.  A company might say, "you allowed those guys to contact you, and our product is better!"

Don't think I'm defending Facebook: I briefly had an account, but dropped it five years ago because I think they're a despicable company for the way they do things, like tracking people who don't even have an account there and who couldn't have given approval. That's not even considering how they silence conservative voices.  The root cause, though, is interruption-based advertising. That, it seems, is going to be with us for a long time. 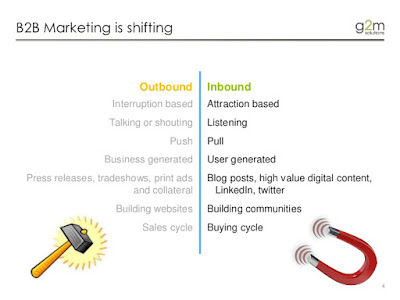