Some of you will remember from the end of August when California rocket company Astra launched a rocket that flew sideways for a while before starting to fly vertically and eventually going to its second stage.

Early this week, the company announced a launch date of October 27th, the last Wednesday of the month, and will be flying from their mini spaceport on Kodiak Island, Alaska.  The rocket, this time called LV0007 (LV for Launch Vehicle) rather than Rocket 3.2 or 3.3 as the last two were called, will be carrying a small payload weighing a few dozen kilograms for the US Space Force.  The diminutive size of the payload belies the importance of this launch to the company, which has yet to achieve orbit.

As its name implies, this is the seventh rocket Astra has built. The first two models were strictly for suborbital tests. The third rocket was lost during a launch pad fire. The fourth rocket—the company's first actual attempt at an orbital launch—failed after about 30 seconds due to a guidance error. That flight took place in September 2020. During a subsequent attempt in December 2020, LV0005 reached space but did not have enough propellant to reach orbit.

That attempt last December led to a small redesign of the vehicle to add about five feet of length to the first stage for slightly larger fuel and oxidizer tanks.  The December flight got high enough to be in space, but wasn't fast enough to attain orbit, falling about 500 meters/second (about 1100 miles/hour) short.  The redesigned vehicle was the one tested on August 28th and went sideways for a while until it burned off enough fuel to have a thrust to weight ratio greater than 1:1.

In a blog post published Tuesday morning, Astra chief engineer Benjamin Lyon provided more information about this failure and steps the company has taken to ensure it does not happen again.

"The issue we encountered was something we hadn’t seen before," Lyon wrote. "Leading up to liftoff, the first stage propellant distribution system provides the rocket with fuel and oxidizer. We designed the system to quickly disconnect and seal when the rocket lifts off. On this launch, propellants leaked from the system, mixed, and became trapped in an enclosed space beneath the interface between the rocket and the launcher."

At this point, exhaust from the rocket's five engines ignited the propellant, which in turn cut the connection to the fuel pump electronics. This led to a shutdown of one of the rocket's engines a fraction of a second after the booster lifted off. This caused the rocket to effectively hover before its on-board flight software compensated, allowing the rocket to fly more upward. The four remaining engines, however, did not have enough thrust to boost the rocket into orbit.

Lyon said Astra has modified the design of the rocket's fueling system so that the kerosene fuel and liquid oxygen oxidizer can no longer mix. It has also been modified to further reduce the risk of leakage during the fueling process. "We believe these changes significantly reduce the likelihood of seeing a similar event in the future," Lyon said.

Again, this is a very important launch for Astra.  They need to demonstrate they can get to orbit and safely deliver paying customers' payloads if they're to be taken seriously in an increasingly crowded and competitive market.  This past July, Astra became a publicly traded company and between the stock sales and some NASA contracts, I noted they could keep working after August's mishap.  The company's stock has fallen by nearly 50 percent compared to July's stock price.  Nothing would help that situation as much as some success at their core business: getting into orbit and delivering payloads to required orbits. 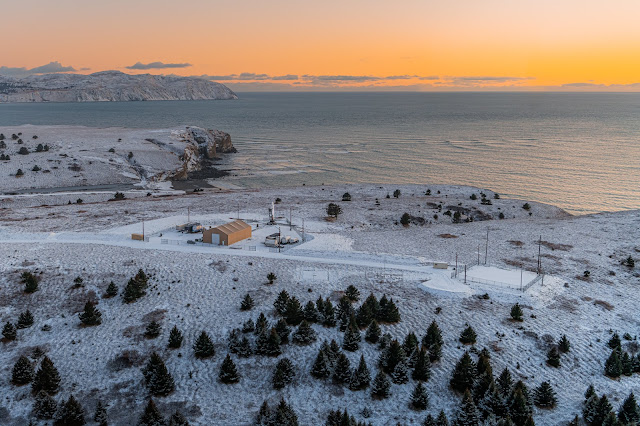