Just an odd bunch of stuff.  Something that happens to me regularly, but may not happen to you is that I see a story in the news and say, "what planet is this and how did I get here?"  Like this one. 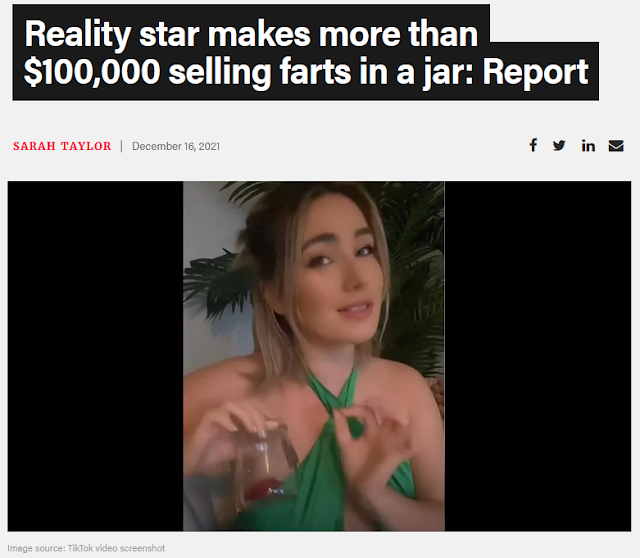 Reality star Stephanie Matto, best known for her her stint on TLC's "90 Day Fiancé," is selling the results of her flatulence in jars at $500 a pop — and the item is apparently popular: Matto has reportedly made more than $100,000 over the last month alone selling her own personal aroma.

Less bizarre, but still a WTF story that's also from The Blaze,  Massachusetts voters passed an "animal welfare" law that will effectively outlaw selling eggs in the state.

In 2016, Massachusetts voters overwhelmingly passed an animal treatment measure that, in part, made it illegal to sell eggs born of hens with less than 1.5 square feet of floor space in their enclosure.

A similar, well-meaning animal welfare law was passed in Florida in 2002 under our (stupid) constitutional amendment process that said pregnant pigs had to have more space.   In the years after it was passed, word got out that it affected two pigs in the entire state while raising costs of compliance for everyone.  In this Massachusetts case, the law also applies to eggs imported from out of state.  There aren't enough hens in Massachusetts to supply the demand for eggs, so the vast majority come from out of state.  Egg suppliers in other states will most likely ignore the law and sell their eggs into other states.  Egg industry representatives such as the New England Brown Egg Council are predicting that the new rules will decrease the state's current egg supply by approximately 90%.

Brad Mitchell, head of the Massachusetts Farm Bureau, told WCVB-TV that the new rules will make it impossible for egg producers to keep up with the state's demand since, on average, chickens lay one egg per day and each resident eats one egg per day.

News broke that the Fed is seeing a serious problem coming with the inflation they're creating and is looking to shut down the money printing faster ("tapering") and raise interest rates sooner.  This is another one of those policy ideas that you have to be a Ph.D. to be stupid enough to implement.  Like this: 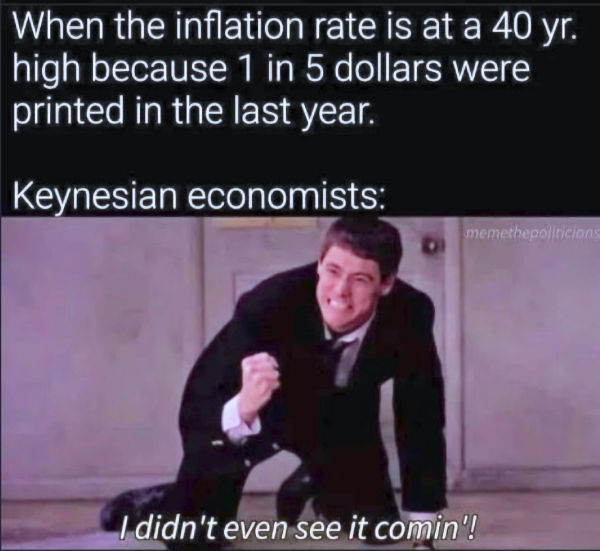 
I got this ad in the email last week.  I was expecting a correction but never got one.  I wonder if they sold any. 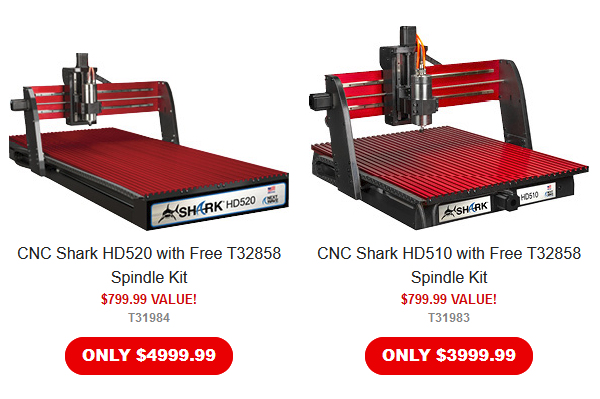 And finally... I'd probably have to hurt anyone who did this to me. 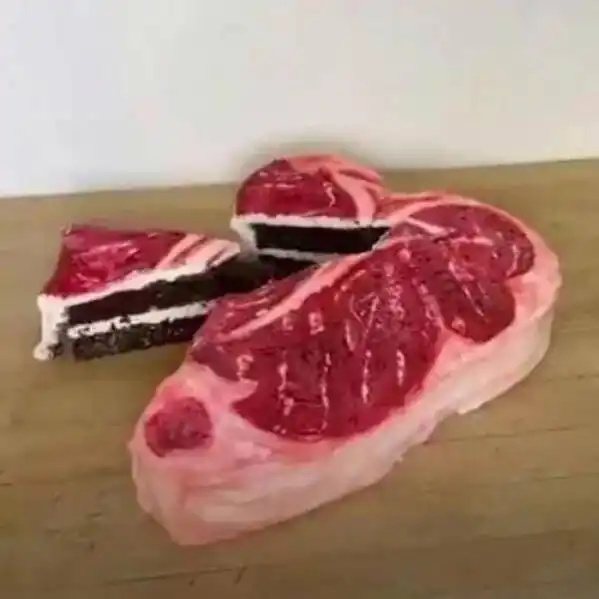 Yeah, there would be enough clues that the steak wasn't real before I cut into it expecting steak and getting cake, but it's just wrong.