Lots of people commented on it and how it looked as much like a Fed Boi false flag as the "Only Feds" one last September.  "Hello, fellow insurrectionists! I'm happy to meet you for the first time so we can all MAGA together. Let's ask the other MAGAs if they have forgotten their AR-15,'s and offer to give them some." 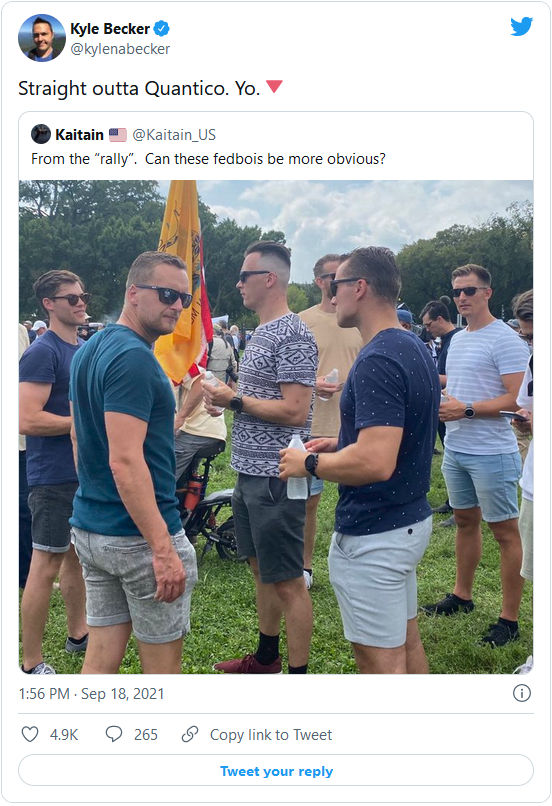 A very interesting rabbit hole appears on PJ Media this afternoon, courtesy of Stephen Green, who writes and does video podcasts with Bill Whittle regularly.  It seems that there's some evidence being talked about that one of the main voices behind the "rally" on Twitter is an AI Bot, given an AI face blend (made up face) of a pretty young blond woman.  (Because that won't attract attention, right?) 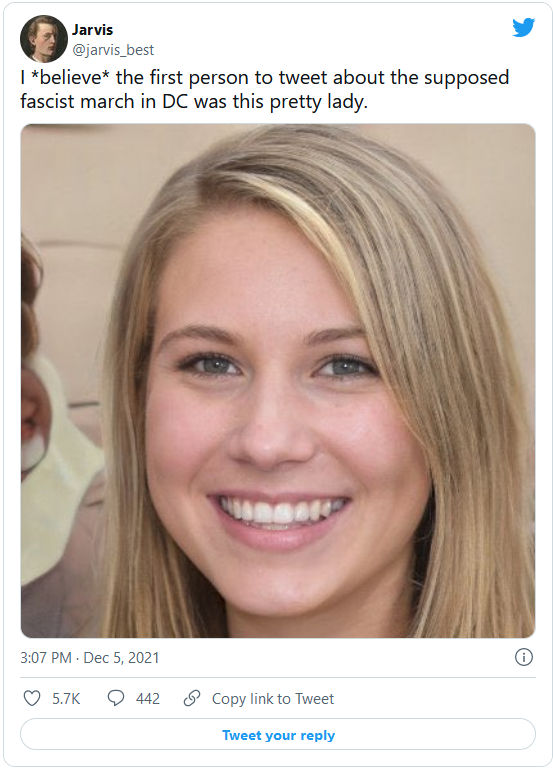 I could quote the entire article here and not take up too much more space, but Stephen's got some Twitter links to go poke around on and there's some funny stuff there.  There’s an entire Twitter thread devoted to this young lady, who joined Twitter last month and whose existence can’t be verified anywhere else.  The guy who posted this picture says he did a search engine dive for the screen name she's using, “Sheryl Lewellen,” and can find only one other thing she supposedly posted: a GoFundMe to help her friend's dog get surgery.

That's right, no Google history at all.  Two Twitter threads.  I just checked and “her” account has been suspended for some reason.

Final words to Stephen Green because he's Vodka Pundit, after all, and he's funny.

The whole thing is day-old fishy, and it stinks.

Then again, we do still have three-and-a-half weeks to go until 2022.

Labels: big freakin' out of control government, commies and other idiots, Events