It appears that all except for some formality, we now know the 2012 presidential campaign is going to be Romney vs. Obama.  Just as everyone said last year at this time.

Smart guys have commented on this already, and you'll get much more.  So here's my two cents worth.

The difference between Romney and Obama is pretty much like the difference between getting run through the abdomen with a machete and left to bleed out, or a double tap through the aorta.  The end result is pretty much going to be the same, it's just a matter of speed.  In a way, your choice of candidate may be determined by whether you're the kind of person who likes to pull the band-aid off all at once, or prolong the pain at lower levels.

There are many arguments you're going to hear in the next seven months.  Obama clearly views the US in the terms that anti-colonialists and communists use; his book was called "Dreams From My Father", after all,  not "Dreams of My Father" and his father was, by all accounts I can find, pretty much a scumbag and damned poor example of fatherhood.  As if this wasn't bad enough, his "second father" (biggest influence) was Frank Marshall Davis, acknowledged communist, poet and apparent pedophile, who was Obama's biggest influence from about age 11 to 18.

Romney is without doubt not as determined to destroy the US of our heritage as Obama clearly is; in fact, I'm sure he'd view everything he does as good for the US.  Romney simply seems to be a technocrat with a preference for government solutions.  Romney understands economics and business, and is more likely to undo some of the job-destructive policies of the last years.  Should he be elected, though, the media's anti-Bush "a jobless recovery isn't a recovery" meme is going to pop up again, in quadraphonic sound (that is, from ABC, CBS, NBC and PBS).  He will be hammered for being one of the "1%" and "out of touch with regular people".  The (outright lie) that the top 1% pays lower income tax than "regular people" is apparently going to be the cornerstone of the campaign - as far as we can see now.

While Obama may understand the difference between tax rates and tax revenues, you couldn't tell by his campaign addresses, and he has clearly decided to base this campaign on class warfare and hatred instead of "hope 'n change".  The "Buffet Rule" (which Obama wants to call the Reagan Rule) is clearly going to do nothing to impact the deficits; it's going to raise about $47 billion in ten years.  You know they always say these things in a way that makes you divide by 10, but the plans always rely on more money in later years, so while I bet the first year is not $4.7 billion - let's say it is that much.  That is about one day's deficit in 2012 - and that's assuming 365 days working, not just 5 day work weeks.

With a billion dollars of money being raised by Obama (I understand they're allowing those illegal anonymous foreign donors again) you can bet it will make the boiling mud pots at Yellowstone look like a minor warmup. 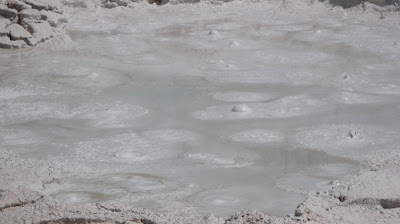