The Latest Movies - A Month Late

As my last days of two weeks off dwindle away, Mrs. Graybeard and I went to see John Carter, the Disney version of Edgar Rice Burroughs' classic John Carter of Mars.

Not having read the books, it was just a fun romp for me.  I did some reading about the story before going and it has some quite interesting ideas for its time - the novel appeared in 1912.  Shape shifters?  Teleportation?  And yet, Burroughs is probably best known for Tarzan. 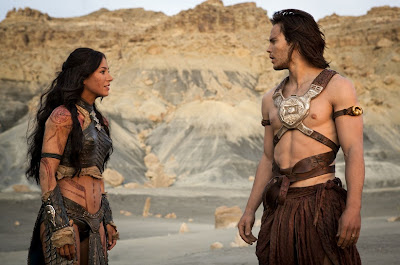 At this rate, I have another month until I go see the Hunger Games...