If This is Right 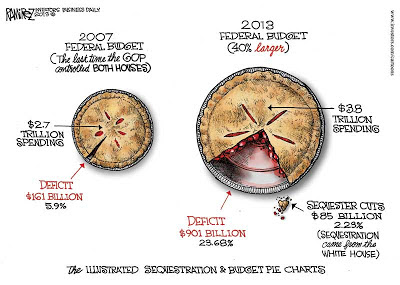 Ramirez, of course, doesn't write analysis.  I don't know where he got the figures, and the deficit appears too small, but let's say he's right.

From other sources we know the Federal Reserve is creating about $85 billion/month.  Over a year, that's even more than the deficit - $1020 billion.  That says 113% of the deficit is being created out of thin air.  So the Fed is not just funding the deficit by buying out bonds, they're pumping money into the economy at large; probably the major banks.  "Pumping" in the same sense as pumping air into a tire: inflating the economy.