This is not a joke.

There really is such a thing as National Engineers Week.  Personally, I'd never heard of it until I went to work for Major Electronics Manufacturer almost 17 years ago.  We make a bit of a big deal about it, with a recognition program for "Engineer of the Year" posters, pictures of the winners and such.  If you get picked to the final group, you get a nice bunch of mementos, and a picture with a VP.

Whenever the topic of famous engineers comes up, after the one or two people that most folks think of  -- Steve Jobs, and Bill Gates are most folks' limit - the conversation gets kind of quiet.  I hardly even ever hear people mention Woz anymore and only old guys will mention Neil Armstrong or Werhner Von Braun.  In reality, look around you.  If it isn't grown or used out of the ground, an engineer was involved in getting it to you.  A machinist probably made the first one, and after that, mass production takes over.  (lots of exceptions to this, obviously).

Probably the most popular example of the forgotten inventor "engineer" that magazines like to bring up is Hedy Lamarr.  You might recognize her name as an actress from long ago - the 30s and 40s - when she was considered one of the most beautiful and glamorous women in the world.  But she was also a mathematician who invented and patented - along with a piano player she knew named George Antheil - a system known today as frequency hopping spread spectrum.  Her purpose was to allow US radio controlled torpedoes to escape jamming by the Nazis.  Their system relied on the technology an actress and a piano player had available; piano rolls.  The piano rolls coded the channel a radio could be tuned to.  The torpedo and ship would use the same sequence on their rolls, and were synchronized by motors that were started at the same time.  They wouldn't stay in sync, since the motors were separated by large, increasing distances, and both ends were subject to random mechanical errors, but they would stay in sync well enough.  Lamarr and Antheil offered the patent to the US Navy with no royalties, but the Navy wasn't interested, and did not use the system in WWII.  I've read they did use it after the patent expired, around the time of the Cuban missile crisis, but other methods of designing jam-resistant systems were becoming available then. 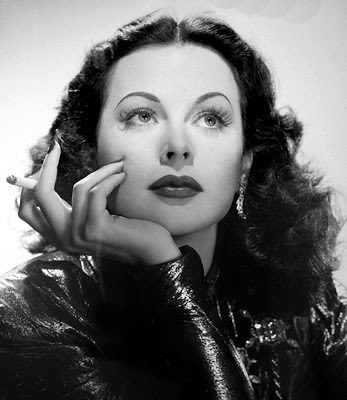 I've seen her referred to as the inventor of modern wireless and cellphones but that's too much of a stretch for me.  Frequency hopping is important but modern systems are way beyond that level of complexity.  Celebrate her for what she did.

Personally, I'm a little creeped out by the engineers who have become politicians.  Ex-president and Hesbollah fan club member for life Jimmy Carter is one.  Chinese president Hu Jintao is a hydraulics engineer and premier Wen Jiaobao is a geochemical engineer.  I'd rather identify with guys like Tom Sholz, guitarist for Boston, and one of the main inventors of their distinctive sound.  Tom was a lead product designer for Polaroid, with BS and MS degrees in Mechanical Engineering from MIT, before making the break to music.  A guy who went the other way is John Tichy, who went from playing for Commander Cody (no, not Hot Rod Lincoln) to department head of the Department of Mechanical, Aerospace and Nuclear Engineering at Rensselaer Polytechnic Institute.