Puzzling, upsetting, bizarre, and other terms.  Of course, MH370 is the missing Air Malaysia Boeing 777.

Donald Sensing at Sense of Events raises an idea that is undoubtedly going around, that the flight was hijacked and landed somewhere "out of the way".


I am reminded of a novel I read a few months ago by either Tom Clancy or Frederick Forsyth, can't recall which. It opened with the hijacking and disappearance of an airliner in Africa, run by a large charter company. The craft was repainted and reconfigured to pass for a scheduled-airline plane with the goal of using it as a kamikaze weapon against an American target. Of course the good guys won, but it makes me think: what could account for the instantaneous disappearance of a Boeing 777 that leaves no trace at all?

The Gormogons refute this idea and most others in their piece:


Ghettoputer, the Czar assumes, is blaming alien capture. Mandarin, for his part, is checking to see if he made something dimensional happen and the plane is now happily flying over prehistoric Long Island.

Believe it or not, those two explanations do a better job at lining up with the evidence [than do] pilot error, plane crash, or terrorism.

Since I work in avionics, I thought I might be able to fill in some gaps in your knowledge about the sophistication of these aircraft, but I sure can't provide a definitive answer of what happened.  I'm just as blown away as anyone.  Much has been made of the aircraft disappearing off radar.  When you see an Air Traffic radar display in a movie or somewhere, you see numbers next to the radar returns.  These are sent by a box called a transponder on the aircraft.  By sensing the amplitude of a pair of pulses sent by the radar, it decides whether it's in the main search beam of the radar or an antenna sidelobe.  If it's in the main beam, the transponder replies.  Using a data transmission mode, (slow and primitive compared to your phone's data transmission) the aircraft replies with an identification number.  When they talk about being off the radar, they probably mean that the transponder is not responding, not that the radar return blip is gone.  Transponders have other modes of communication I'm skipping over.

Commercial aircraft like this will also have a TCAS, a Traffic Collision Avoidance System.  TCAS systems act like the ground based transponders, with each plane in turn interrogating the others to see who responds.  Through a complex system of reducing transmitter power to a minimum output and then raising it in calibrated steps, the system builds a 3D model of the aircraft around it in shells complete with heading and speed so that it can find any that might be on a collision course.  That means any other aircraft in the area at the time would have heard MH370.  The operating range for TCAS is usually concerned with aircraft within 40 miles so it isn't a very long distance.  Both TCAS and transponders are redundant systems, with two of each on board, in case one fails.

Of course, these airplanes have voice communications radios; typically three VHF comm.s for the air traffic control network, two HF radios for when they're over the ocean, and very probably satellite systems, too.

The plane's engines run generators which power all electronics on board, and Boeing adds a last ditch power system called a RAT - a Ram Air Turbine - that drops into the airstream if all other power is lost.  If MH370 had lost all other power, the RAT would have given it enough power to radio for help and keep the aircraft gliding under control until it ditched in the water or on land.  If it had lost all power at 35,000 feet, it could have glided for a hundred miles; maybe more.  (As a side note, the RAT on a Boeing 767 is an unlikely hero of the Gimli Glider incident, the coolest cautionary story about metric conversions you'll ever read).

The spooky part of this story is how MH370 just suddenly ceased being there.  No radio calls, no transponder replies, nothing.  An aircraft in the water would have an ELT (Emergency Locator Transmitter) which is monitored by satellites.  It would have had the power to run these things.  If it had disintegrated or crashed, there should be enough evidence to find.  These things have a take off weigh of over half a million pounds; that's a lot of scrap foam, aluminum, cloth and lots of things to float or litter the side of a cliff.  We have satellites, aircraft, ships and all sorts of other search facilities at work.  Either they are in a completely wrong place or ... perhaps the Gormogons are right: MH370 few into a black hole or dimensional warp.  If only such things existed. 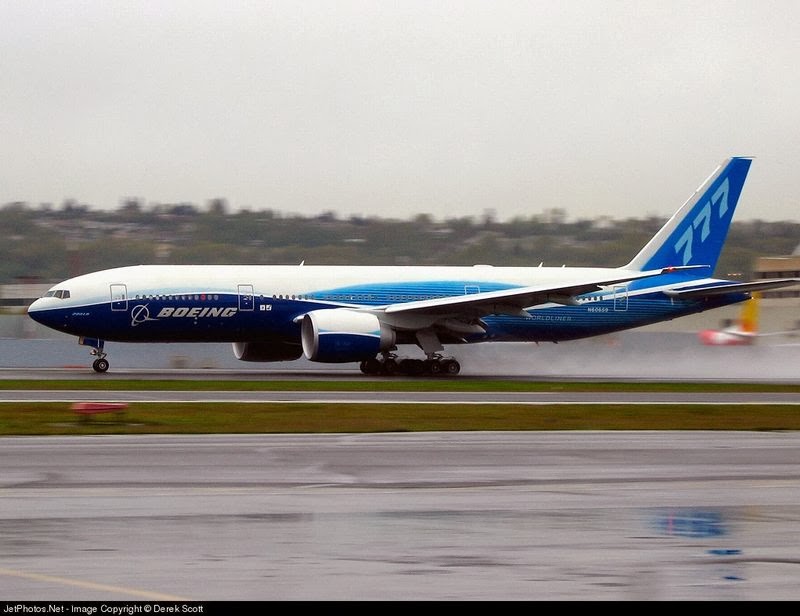