Quote of the Day - Schooling the BATFE Edition

Courtesy of Michael Bane's blog, we learn about Innovator Enterprises, the creator of the "Stabilizer Brake," a device that attaches to the muzzle of a rifle with the intent of substantially reducing the firearm recoil and redirecting noise away from the shooter toward the target, among other things.  Such things are usually called "muzzle brakes", but Innovator Enterprises, knowing they are dealing with the Queen Mother of All Arbitrary and Capricious (meaning "goat like", after all) government agencies, asked the BATFE to rule on whether or not this muzzle brake was a silencer.  Since the device forced recoil gases forward away from the shooter, a truly twisted person (like the BATFE) might say it is a silencer.

And, as predictably as the summer rains, they ruled it was a silencer.  Innovator sued the Fed.gov to overturn that ruling.  The good judge in the case, then started warming up for the QoTD.


"In any agency review case, a reviewing court is generally obligated to uphold a reasonable agency decision that is the product of a rational agency process," U.S. District Judge John Bates wrote Wednesday. "This is not a high bar. But in this case, ATF fails to clear it."

Instead of actually, you know, measuring the noise levels with and without the brake, the  Firearms Technology Branch of ATF declared it to be a silencer "because we say so".  When pushed, they replied with a list of characteristics that a silencer has.  It didn't even say which three of the six characteristics they determined the brake possessed.  Here is where Judge Bates reaches QoTD (or Quote of the Month) levels:


"A mouse is not an 'elephant' solely because it has three characteristics that are common to known elephants: a tail, gray skin and four legs. A child's bike is not a 'motorcycle' solely because it has three characteristics common to known motorcycles: two rubber tires, handlebars, and a leather seat. And a Bud Light is not 'Single-Malt Scotch,' just because it is frequently served in a glass container, contains alcohol, and is available for purchase at a tavern. To close with a firearm-related example a hockey puck us not a 'rubber bullet,' just because it has rounded sides, is made of vulcanized rubber, and is capable of causing injury when launched at high speeds. Learning that one object has three characteristics in common with some category may not be very helpful in determining whether the object in question belongs in that category.

That my friends, is an epic smack down!  Now, it doesn't end the case.  Judge Bates says in his conclusion that he is not the right one to make the decision; that decision is legally the province of the BATFE.  It's just that they need to use a reasonable and clear process.  The clearly haven't done it here and he returns the matter to the agency saying they should use a little logic for a change. 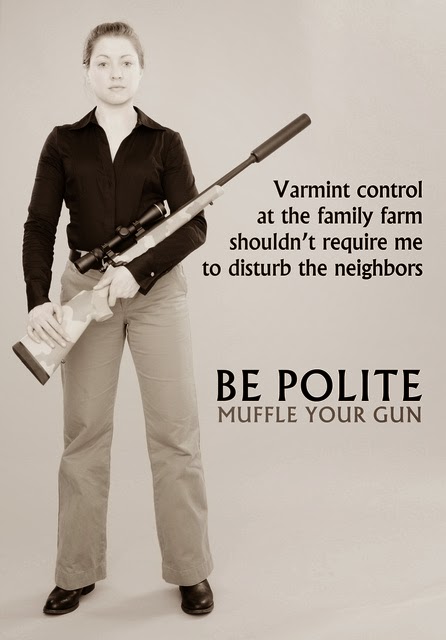 (from the Master, Oleg, of course)

Posted by SiGraybeard at 4:43 PM